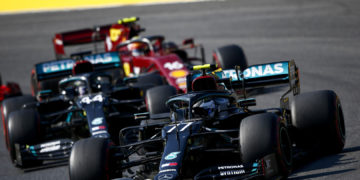 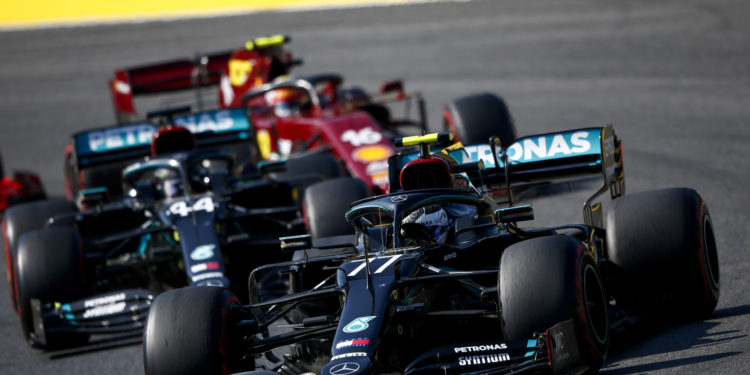 Tuscan Grand Prix – Valtteri Bottas was disappointed to miss out on victory in Mugello after leading the race in the initial stages.

Starting from P2, Bottas had a perfect start which saw him pass his teammate before the first corner and hold the lead through the safety car restart. Unfortunately for the Finn though, Lewis Hamilton copied his good start from P2 at the standing restart and regained the lead.

Later in the race Bottas was hoping for a safety car to close the gap between the two Mercedes’ and he was granted it a few laps later when Stroll had a big off which saw the safety car deployed before a second red flag was shown to clear the stricken Racing Point and fix the tyre barrier.

It looked like it was all set for Bottas to repeat the P2 to P1 start that had been seen at each of the previous grid starts, however it wasn’t to be as Hamilton got away clean and the Finn briefly lost position to Daniel Ricciardo.

“Disappointing, because obviously it was like a dream start for me in the race,” Bottas said afterwards. “The start was really good and I also managed to hold my position at the safety car restart. Then, it seemed like there were no opportunities anymore once I lost the position at the second start, but that’s how it goes.”

The Finn believes that things will have to fall his way at some point but all he can do is keep pushing and his focus will be on improving his qualifying as he admitted that was one area that could be stronger.