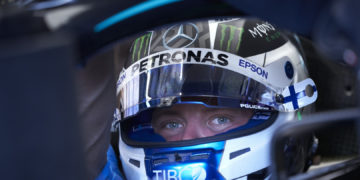 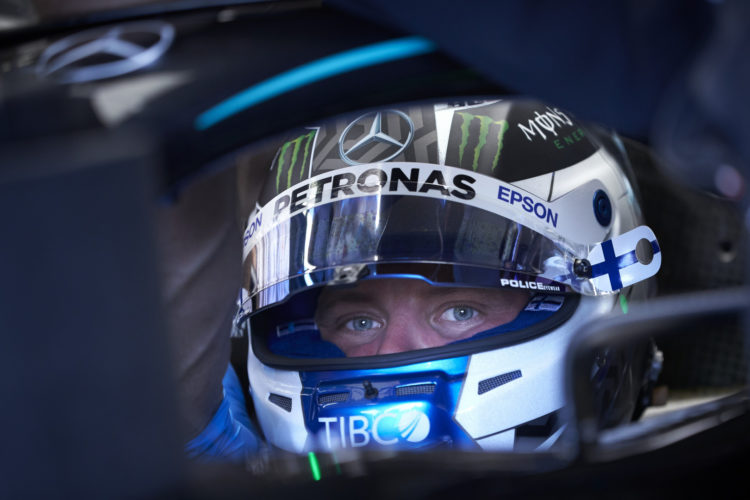 Tuscan Grand Prix – Valtteri Bottas was disappointed to miss his final run in qualifying after Esteban Ocon’s spin brought out a yellow flag.

Bottas had topped every session of the Tuscan Grand Prix until Lewis Hamilton managed to put in a lap 0.013 seconds faster in Q2. For the final part of qualifying the Finn wasn’t overly happy with his first attempt and saw Hamilton once again just ahead of him.

Heading out for their final fast laps of the day, Bottas was one of the later cars on the track but a spin for Renault’s Ocon saw the yellow flags being brought out in the first sector. Hamilton, having been ahead of Ocon, could continue with his lap but Bottas had to slow which put pay to any chance he had of improving his time.

“I still had more time in there,” said Bottas after the session. “I was just waiting for the time to get it all right. Run 1 was okay but not perfect so I was looking forward to it but just didn’t get the opportunity. It’s disappointing because the speed has been good all weekend.”

The Mercedes driver will start tomorrow’s race from second, behind Hamilton, but it’s not all bad news for the Finn though as the Mugello track does offer good overtaking opportunities, contrary to what the team believed prior to arriving at the circuit.

“Actually, coming into the weekend we thought it’s going to be nearly impossible but with what we’ve experienced in practice sessions, actually the track is so wide and there’re so many different lines you can take in the corners so you can avoid the dirty air in the corners. Long run into turn 1 and I hope the head wind stays for the race time as that would be a nice benefit for me.”