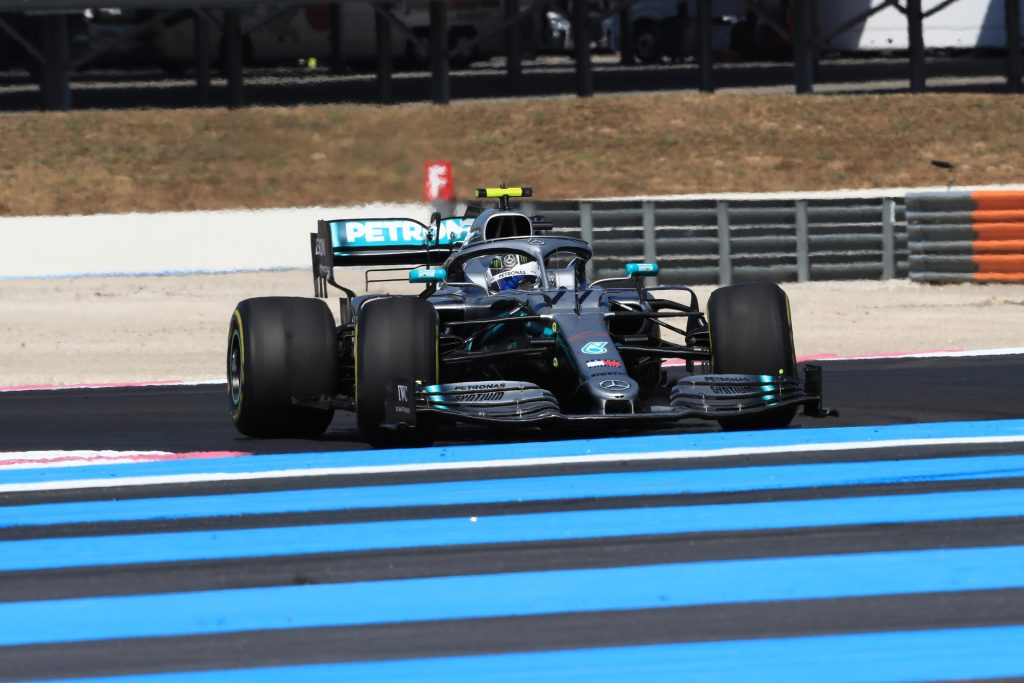 French Grand Prix – Valtteri Bottas edged ahead of team-mate Lewis Hamilton in the final practice session before the qualifying hour at the Paul Ricard Circuit.

The reigning constructors’ champions looked to still have the edge over their main championship contenders in the south of France, with their qualifying simulations topping the final free practice session.

Several drivers made errors on a tricky, low-grip circuit, with both Mercedes drivers running off-track on one of their two ‘flying’ laps. Bottas ran wide at turn four on his second fast lap, whilst Hamilton’s first quick lap was compromised by a mistake at turn six.

With Ferrari expressing doubts about the upgrades brought for the French Grand Prix, their challenge to Mercedes was muted in free practice three, with both drivers around half-a-second off the pace of their rivals.

Charles Leclerc took third ahead of Sebastian Vettel, but both drivers looked competitive in the first two sectors. Their major downfall was in sector three, a segment of the circuit in which Mercedes excelled.

The gap between the fourth-placed Ferrari and the fifth-placed Red Bull of Max Verstappen was around one second, and the top four drivers may be tempted to exploit this gap and qualify on a harder compound of tyre.

Verstappen was fractionally ahead of team-mate Pierre Gasly, who in turn was only just ahead of an impressive Lando Norris, who took seventh for McLaren, 1.5 seconds off the pace.

Elsewhere, there were power-related problems for Williams’ George Russell, who spent the majority of the session in the garage and unable to take part in any race or qualifying simulations. He managed to complete just four laps.

To view the full results of the final free practice session, click here.