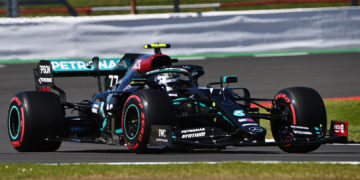 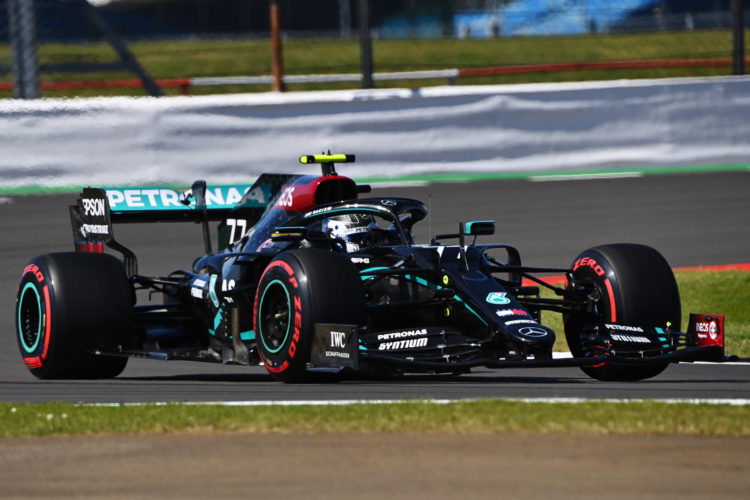 Valtteri Bottas has set the pace in first practice at Silverstone for this weekend’s 70th Anniversary Grand Prix. The only significant difference this weekend compared to last is Pirelli bringing a step softer compound tyres, and the increase in pace was evident across the field.

Under warm and sunny skies, Bottas set a 1:26.166 on the Soft compound. This was enough to keep him just a tenth clear of Lewis Hamilton, who looked set to go quickest until running slightly wide into Club at the end of his lap.

Max Verstappen finished in P3 for Red Bull Racing, over half a second away from the front, while Nico Hulkenberg finished P4 for Racing Point. The German is at the wheel of the RP20 again this weekend, taking over from Sergio Perez as the Mexican driver fights off the coronavirus. Hulkenberg was less than a tenth behind Hulkenberg.

Charles Leclerc finished a solid P5 for Ferrari, while Alex Albon was P6 for Red Bull Racing and clearly struggled with the handling of the RB16.

Sebastian Vettel showed some signs of improvement from last weekend, placing P7 at the end of the session as Ferrari try to find a more settled setup for the 4 time World Champion. He was 0.4 seconds off the pace of his teammate, and 1.3 away from the front.

Lance Stroll was P8 in the second Racing Point and half a second away from Hulkenberg’s pace. Daniil Kvyat showed no signs of caution after his massive crash at Beckett’s last weekend, finishing P9 and putting in 26 laps en route to a 1:27.653.

Esteban Ocon rounded out the top ten with P10 for Renault.