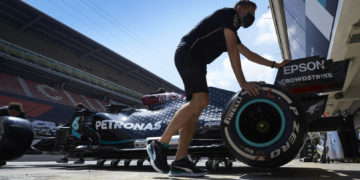 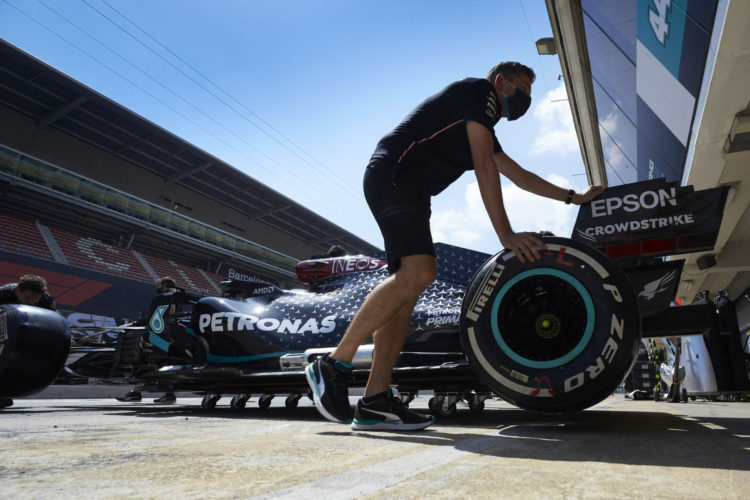 Spanish Grand Prix – Mercedes’ Valtteri Bottas has led the way in opening practice at the Circuit de Barcelona-Catalunya, ahead of Lewis Hamilton.

Valtteri Bottas has pipped Mercedes teammate Lewis Hamilton to top spot in opening practice in Spain. The Finn set a 1:16.785 to just beat Hamilton by 0.039 seconds. Both used the Soft tyre compound.

Last weekend’s race winner Max Verstappen was the closest challenger to the Merc duo, with the Dutch driver almost a second behind in P3.

The Ferrari drivers were P4 & P5, with Charles Leclerc ahead of Sebastian Vettel. However, the gap between the pair was negligible – Vettel was just 0.011 behind Leclerc as he’s been given a fresh chassis for this weekend after a crack was found on his Silverstone tub.

Romain Grosjean was P6 for Haas, a somewhat surprising result considering the team’s results so far this season. The French driver was 0.3 behind the Ferraris, and a tenth clear of the returning Sergio Perez in P7 for Racing Point.

Carlos Sainz was P11 for McLaren, with Esteban Ocon P12 for Renault. Lando Norris was P13, with Pierre Gasly in P14. The two Alfa drivers were up next, with Antonio Giovinazzi placing P15 and 0.064 clear of Kimi Raikkonen in P16.

Daniil Kvyat was P17 for Alpha Tauri, with Daniel Ricciardo P18 for Renault after spending most of the session on the Hard compound.

The Williams drivers pulled up the rear, with Nicholas Latifi ahead of debutant Roy Nissany as the Israeli Formula 2 driver got his first chance to drive an F1 car during a Grand Prix weekend.