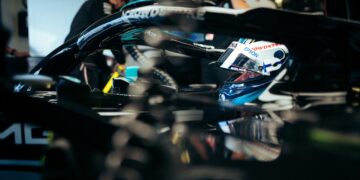 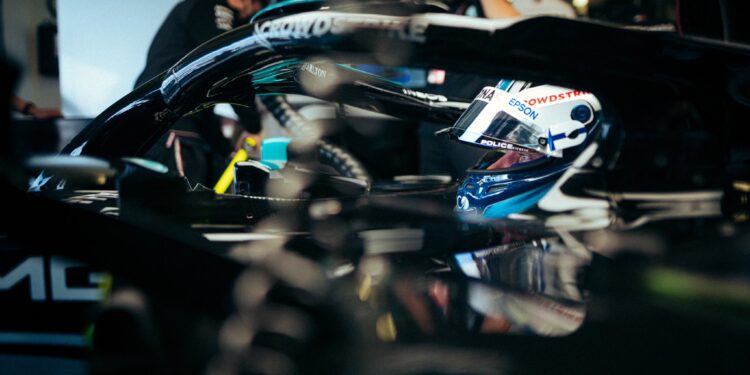 Mexican Grand Prix – Mercedes driver Valtteri Bottas has set the fastest time in opening practice ahead of the Mexican GP.

The Finn set a time of 1:18.341 which was just 0.076 faster than second placed man and teammate Lewis Hamilton.

The Red Bull’s came third and fourth with Max Verstappen just over a tenth behind the pacesetter, and home hero Sergio Perez a further tenth behind.

When the lights at the end of the pitlane went green, the track was immediately populated by drivers as they were keen to get some mileage in. The Autódromo Hermanos Rodríguez was covered in a thin layer of dust making the track particularly slippery early on.

At the ten minute mark, the yellow flags were brought out for Ferrari’s Charles Leclerc who spun in the final corner. The Monaco man returned to the pits for checks and was pulled into the garage for repairs.

Strangely, immediately after Leclerc, Red Bull driver and home hero Sergio Perez had an almost carbon copy accident and sustained much more damage to the rear wing on his RBR16B. The Mexican came into the pits for repairs, and the Virtual Safety Car was brought out to deal with the debris.

Hamilton had a off soon after and has been called to the stewards after running wide at Turn 1 and not driving by the designated bollard.

With 22 minutes of the session remaining, Perez come back out onto the circuit after his Red Bull team were able to repair the damage to his car. The Mexican rejoined the cricuit to the roar of the local crowd.

An impressive Pierre Gasly set the fifth fastest time and was just 0.6s slower than Bottas up front.

The Ferrari of Carlos Sainz was in sixth ahead of the Alpine of Fernando Alonso in seventh place. Leclerc was in eighth place ahead of the other Alpine of Esteban Ocon in ninth.

Aston Martin’s Lance Stroll set the 13th fastest time, ahead of the two McLaren’s of Daniel Ricciardo and Lando Norris. Antonio Giovinazzi was in 16th with the two Williams cars of George Russell and Nicholas Latifi in 17th and 18. The two Haas drivers of Mick Schumacher and Nikita Mazepin were on the back row.