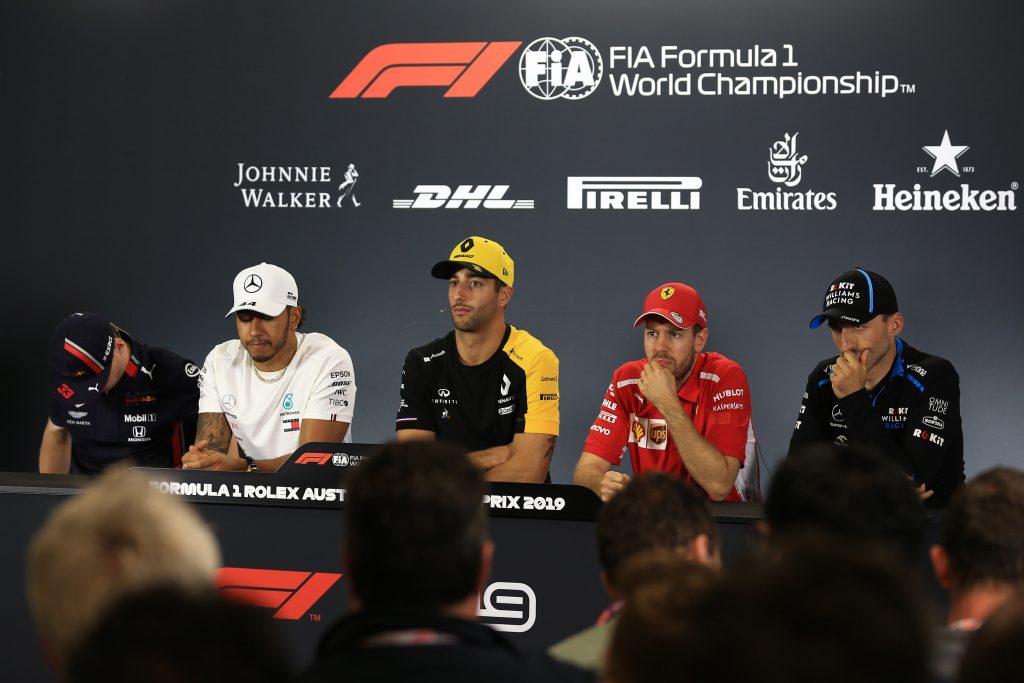 Bahrain Grand Prix – Mercedes’ Valtteri Bottas, fresh off the back of his triumphant start to the season, will star alongside Red Bull’s Pierre Gasly & Ferrari’s Charles Leclerc at the Bahrain FIA Press Conference.

The FIA have confirmed the participants for both obligatory press conferences to take place on Thursday & Friday of the Bahrain Grand Prix weekend.

On Thursday, the FIA Driver’s Press Conference will take place at 6pm local time. In attendance are:

Valtteri Bottas won the season opener in Australia, while Charles Leclerc & Lando Norris both had strong debuts for Ferrari and McLaren respectively. Daniil Kvyat returned to Formula 1 with a points finish for Toro Rosso, fending off Pierre Gasly, who had a nondescript debut with the senior Red Bull team.