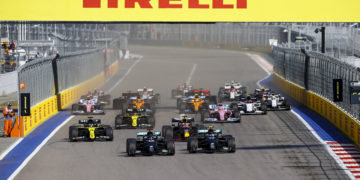 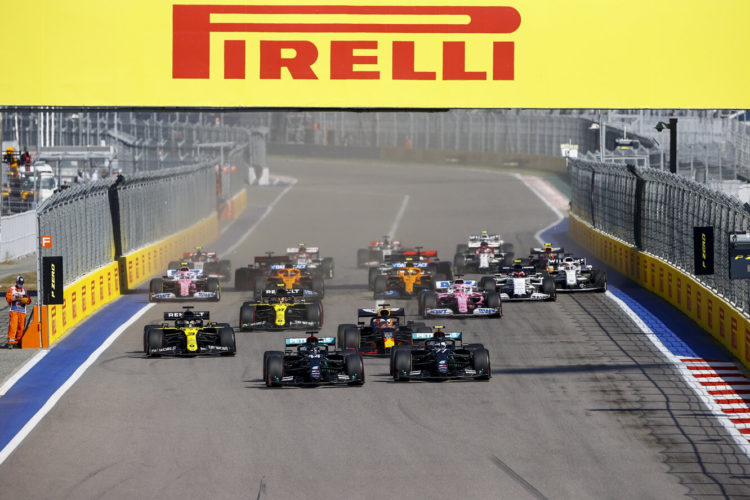 Russian Grand Prix – Valtteri Bottas won the race but said his early attempt at fighting for the lead was compromised by a bee to the visor.

Starting from third, Bottas knew that he had the advantage with the medium tyre, compared to Hamilton’s softs, and the slipstream that he would be getting from the car ahead. The initial start did go Bottas’ way as he took the lead but Hamilton got back past and the Finn says he lost out when a bee hit his visor and blocked his view, causing him to lose time.

“I knew the start was going to be the first opportunity [to overtake],” said Bottas. “Actually, it was a bit compromised because there was a massive bee or something that hit my visor just before braking. So I couldn’t really see when I should brake, that’s why I went too deep.

“I knew it was going to be a long race after that, and with the medium tyre I had, there would be opportunities.”

Once Hamilton pitted and served his time penalties, Bottas inherited the lead and didn’t look back on his way to take his second victory at Sochi, his first at the Russian track since his debut F1 victory back in 2017.

“Obviously Lewis had the penalty, so once I was in clean air the pace was pretty awesome and I could really control everything. I wasn’t concerned at any point [about Verstappen behind] because I knew how many opportunities there would be.”

Today’s win was Bottas’ first since the opening round of the 2020 season back in Austria, and the Mercedes driver now hopes to keep his momentum and close the gap to his teammate in the championship standings.

“It’s nice to get a win again,” Bottas continued. “It’s been a while. Definitely good. Need to try and keep the momentum, managed to squeeze a bit of points against Lewis. There’s still quite a few races to go and you just never know. I’ll keep pushing. I won’t give up and we’ll see how it ends up.”