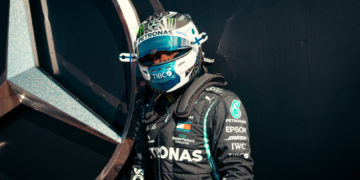 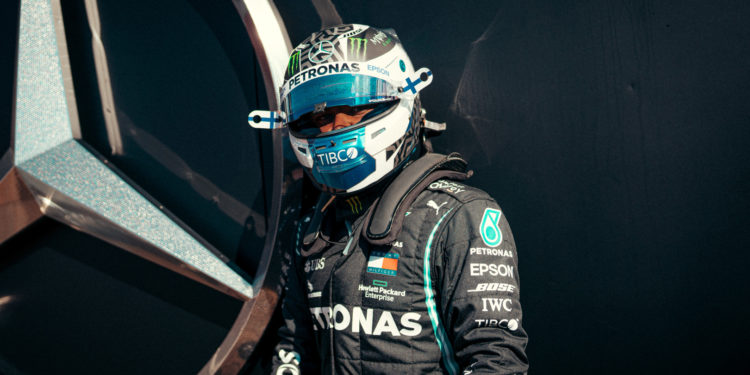 Portuguese Grand Prix – Valtteri Bottas couldn’t take the challenge to his teammate once he lost the lead as he felt his Mercedes was lacking pace today.

The Finn lost his second place to Max Verstappen at the start but quickly regained it and then took the lead after Hamilton slowed while dealing with oversteer. The two Mercedes and Ferrari’s Charles Leclerc were the only cars in the top ten to start on the medium compound and in the cool conditions found it didn’t reach working temperature as quickly as the softs did.

Bottas found himself overtaken by a McLaren for a few laps as Sainz made the most of the soft tyres before the Mercedes’ were able to regain their positions. After that, Bottas was initially able to keep a gap to his teammate but 20 laps in and Hamilton had closed back up and made it through into the lead.

Despite having been fastest in all the practice sessions and only losing pole thanks to Hamilton having opted for extra qualifying runs, Bottas couldn’t keep up with the Brit and ended up trailing his record-breaking teammate by over 25 seconds at the chequered flag.

“The opening lap was pretty good,” said Bottas. “There was a bit of drizzle, which made it tricky. And obviously some cars behind were there with the soft tyre, they had the upper hand, but I was pretty pleased I could get the lead. To be honest, after that I just had no pace today. I don’t understand why but, no pace.

“Of course I tried to defend [against Hamilton] but the rate he was starting to close, there was nothing really to do, like I said, I don’t know why I didn’t have the pace today. I was pushing hard but couldn’t go faster.”

As he was preparing for his one and only stop of the race, Bottas asked his team whether he could do the opposite of Hamilton and swap to the soft compound rather than the hard. The team denied his request but ultimately, the Finn believes that with his lack of pace today, the softs wouldn’t have changed much.

“I was hoping to extend the first stint a bit and go for the soft at the end, but I don’t think it made any difference to the result today.”