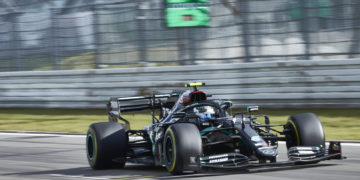 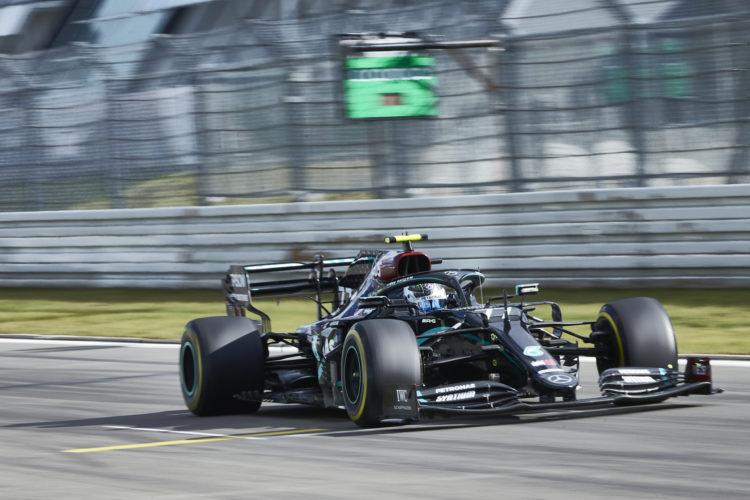 Portuguese Grand Prix – Valtteri Bottas’ retirement from the Eifel Grand Prix was caused by a failed component in his Control Electronics.

Valtteri Bottas retired from the Eifel Grand Prix at the Nurburgring, having led in the early stages after starting from pole.

Slowing his pace after a Virtual Safety Car, he radioed in to say he had problems and started falling down the order as it became evident that he didn’t have full power. The team called him in to the pits, and he retired.

After investigating the issue, Mercedes have found the cause of the problem to be linked to a failed component in his Control Electronics.

Team boss Toto Wolff said: “Valtteri’s race, however, could not have gone much worse, going from pole position to a DNF and a significant points loss for him in the Drivers’ Championship. It was undoubtedly a tough blow at this stage of the season. We have identified a failed electrical component in the Control Electronics as the cause of the problem and the evidence suggests that swift action in retiring the car prevented mechanical damage to his Power Unit.”

Bottas has only used one control electronics so far this year, with two permitted for the season before any potential grid penalties. As a result, he can switch to his second unit of the year without issue if Mercedes require.

Wolff went on to say that Bottas will be sure to bounce back, particularly at a track where everyone is starting with a  clean slate: “A DNF is always tough for a driver, but one of Valtteri’s biggest strengths is his resilience and his ability to bounce back, so I’m sure he’ll be eager to hit the track in Portugal. Portimão is the second completely new circuit of the season, which adds some variability to the potential performance picture. We had an exciting race at Mugello, the first new venue this year, and since then we have focused on preparing in the best way possible for the other new circuits and maximising the rate of learning when we go to a new track – something that will be especially important during the two-day weekend in Imola next week. “