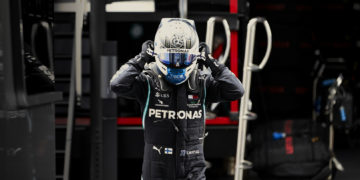 Bottas on Mercedes: We’re in our own league

Bottas on Mercedes: We’re in our own league 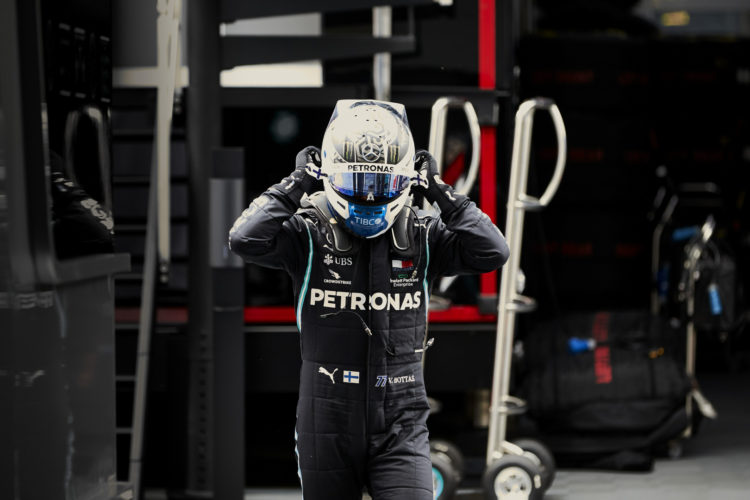 Austrian Grand Prix – Mercedes’ Valtteri Bottas says his team are ‘in their own league’ after he and Lewis Hamilton locked out the front row in qualifying.

Valtteri Bottas claimed pole position for the Austrian Grand Prix with his first flying lap in Q3, ending the session just 0.012 clear of teammate Lewis Hamilton. This was despite the Finn sliding off the track on his second flying lap while pushing to improve.

With Mercedes finished half a second clear of anyone else at a track with the quickest laptime of the year, Bottas said that he believes the team are in their own league.

“It feels really good” Bottas said, immediately after climbing out of the car. “I’ve missed this feeling after the qualifying session – the shakes, it’s really something special when you push the car to the limit and I’ve obviously been preparing for this for a long time.”

“It feels so good. Can’t say more than that and our team, it’s an amazing job to be in our own league.”

With the new W11 finishing every session so far this weekend significantly in front of the pack, Bottas said: “It’s very impressive to see.”

“It’s only the first qualifying session of the season but I am so impressed so thanks to everyone in the team. It’s truly an amazing car to drive. It was a good result today but it’s tomorrow that matters.”

Team boss Toto Wolff praised the team for their collective efforts, and suggested that Max Verstappen’s Red Bull could prove to be a problem for them in the race: “I’m extremely happy with this front-row lockout for the first race of the season. The team and the car – both Power Unit and chassis – worked really well today. Now it’s about bringing that result home tomorrow which will be very challenging.”

“It may not look that difficult based on today’s single lap results, but Verstappen’s offset tyre strategy was clever as he will be able to go much longer on the Medium tyres in the race.”

“We considered the offset strategy as well; but there’s a risk to lose time at the start. We think a one-stop strategy can work here nonetheless, so then the harder tyre isn’t necessarily an advantage. Given that Verstappen was lacking a little bit of single lap pace, going out in Q2 on the Mediums was the right thing to do. The temperatures are forecasted to be much higher tomorrow which will add to the challenge. We hope for strong reliability tomorrow and that our pace is good enough to be in front. I’m looking forward to the fight.”