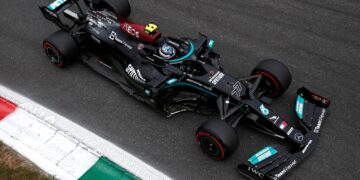 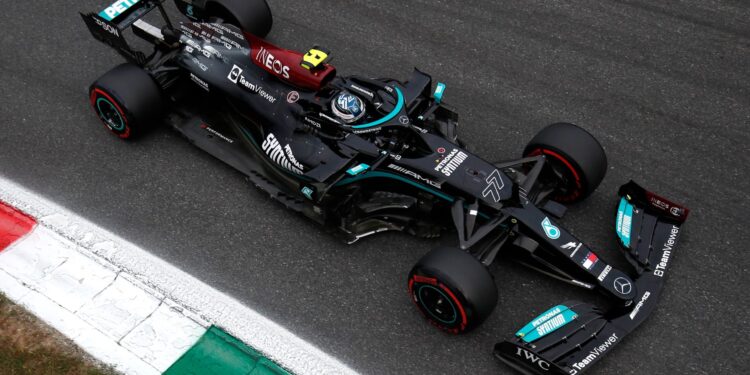 After just one hour of practice on Friday morning, the drivers took to the Monza circuit to deliver a qualifying lap ahead of the F1 sprint qualifying session on Saturday.

Click here to view the the full qualifying results

It was Mercedes who set the benchmark in Q1 and Q2 with Hamilton leading from Bottas – the duo separated by just a tenth. Verstappen was down in fourth, behind Norris’s McLaren.

There was a moment in the pitlane during Q2 when Sebastian Vettel was released into the path of Hamilton – the pair didn’t make contact however.

McLaren’s Lando Norris will start in fourth place ahead of his teammate Daniel Ricciardo. The duo were separated by 0.006s and the Australian is looking strong at Monza this weekend.

Pierre Gasly assumed his usual strong position of sixth for AlphaTauri, ahead of the Ferrari duo of Carlos Sainz and Charles Leclerc.

Sergio Perez in the sister Red Bull was unable to match his teammates pace and set the ninth fastest time. Home hero Antonio Giovinazzi rounded out the top ten for Alfa Romeo.

The two Aston Martin cars of Vettel and Lance Stroll, ahead of the two Alpine cars of Fernando Alonso and Esteban Ocon.

The two Williams came next with George Russell in 15th and Nicholas Latifi in 16th. Yuki Tsunoda will start in 17th for AlphaTauri ahead of Mick Schumacher in 18th for Haas.

Robert Kubica, who is deputising again for the covid-hit Kimi Raikkonen set the 19th fastest time for Alfa Romeo, with Nikita Mazepin starting at the back of the grid in the other Haas.