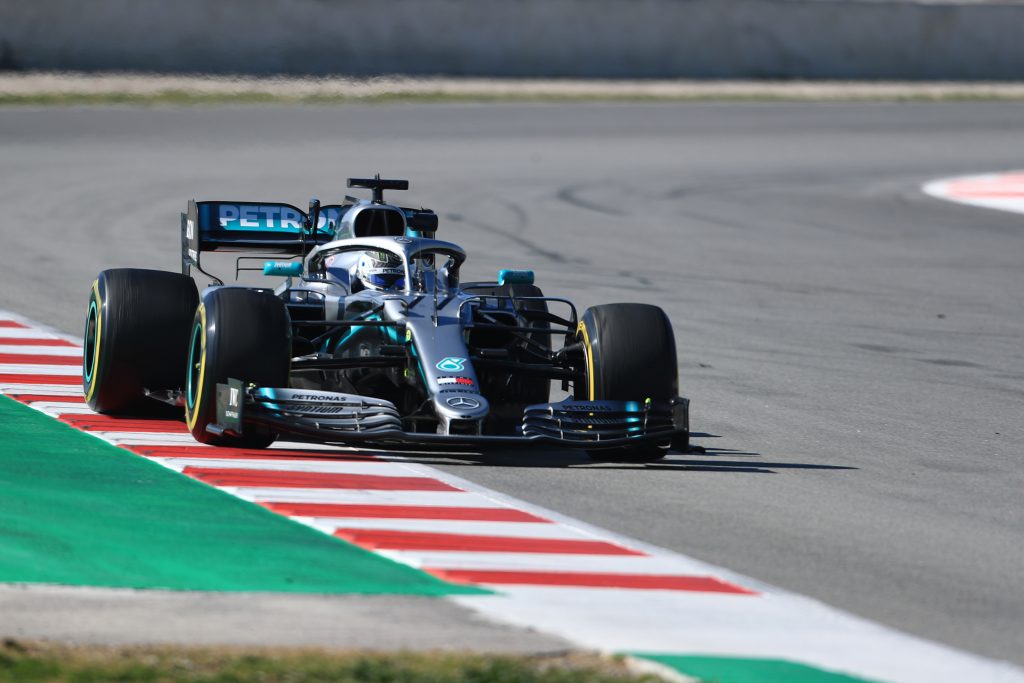 Bottas: Performance of W10 tricky to unlock but potential is there

Bottas: Performance of W10 tricky to unlock but potential is there

Mercedes’ Valtteri Bottas says he’s not worried about if the W10 turns out to be a bit of a ‘diva’ as he can feel the potential of the car being unlocked throughout testing.

Mercedes have been changing their driver roster throughout each track session in the second week of testing, meaning Valtteri Bottas drove Wednesday morning and is scheduled for Thursday afternoon. Speaking to media ahead of his Thursday track time, he said that his impression of the upgrades brought to the Mercedes for this week have made a world of difference, but that it’s not quite perfect yet: “From last week to this week, the overall balance of the car has improved – that’s right through the whole speed range we’ve been able to improve balance, downforce & stability.”

“But we can still do better, in all those areas. It’s not a perfect car yet. You can definitely feel the potential is there. Maybe a car again that has quite a small sweet spot but, once you hit it, it can be very quick. We’re learning massively every day and every time I jump back in the car, it feels better.”

“I’m not afraid of it if the car is a bit diva. It’s early days and there’s lots of development still to do. A shakedown at Silverstone in less than ideal conditions and just here in Barcelona, so it’s way too early to say. We need to see how it behaves at different tracks in proper temperatures. In lower speed corners, the car feels better than last year. We definitely have made some improvements, but we also have some deficits. The stability at higher speeds is good, and we’ve made progress on slower speeds.”

Mercedes suffered a setback on Tuesday, when Bottas peeled out onto the track to begin the afternoon session. He had only made it to Turn 3 when he was forced to pull over and stop the car with an oil pressure issue. This ended up in the car needing a power unit change, and meant that the Finn only got back out on track with five minutes of the day remaining. Asked how much the lost time affected the team’s run plan: “The Tuesday failure meant we missed a bit of setup work, not just me, but the whole team. In testing you always have things to test and so we’ve cut out some of the lower priority stuff. So, this afternoon, we’re going to concentrate on some longer runs and the same tomorrow. Even if we missed half a day, we’ve got decent mileage compared to some of the teams. We’ve got enough mileage to be in decent shape for Melbourne.”