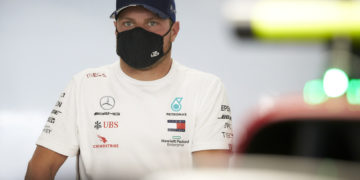 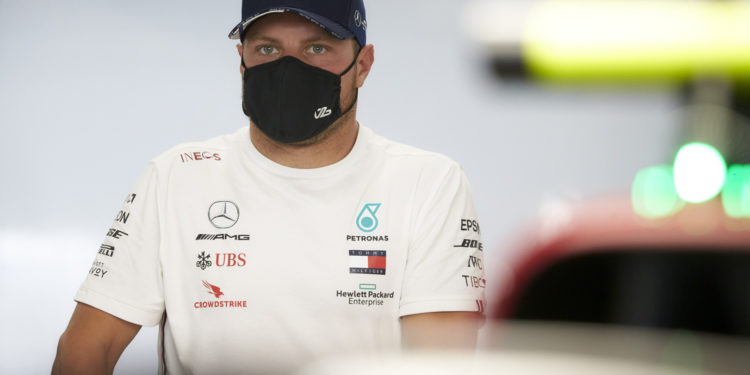 Russian Grand Prix – Valtteri Bottas is feeling confident with his P3 despite feeling the gap to pole shouldn’t have been so large.

Bottas had comfortably topped the time in both practice sessions on Friday and although Lewis Hamilton had denied him a clean sweep of sessions after the Brit went fastest in FP3. Bottas was looking to be the more comfortable of the Mercedes drivers in the early stages of qualifying after the Q2 red flag nearly put his teammate out of contention.

“It’s been looking pretty good all weekend,” said Bottas. “I felt the pace being really good also Q1, Q2 was all nice and smooth.”

The top ten shootout though didn’t go the Finn’s way and he lost out to Max Verstappen at the very end of the session when the Red Bull driver slotted himself into the 0.6 second gap between Hamilton’s pole time and Bottas’ best effort.

“Q3 I found some gains but obviously the others found more. I think here is pretty sensitive with the tyres, getting them right. The first run in Q3 my tyres were too cold, the second run, I just couldn’t go any quicker.

“That lap felt better, there weren’t really any mistakes so I’m not sure why I couldn’t get closer to pole. Some question marks over there but I think actually it’s a pretty good place to start third here, I think I’m on the right tyre as well.”

Looking forward to tomorrow’s race, Bottas is feeling confident that his medium tyres are the right choice. The last time the Finn started from the third grid position in Russia, back in 2017, he won the race and not only that but it was Bottas’ debut F1 victory.

“I remember once I started third here and I know what happened then so I’ll try to do the same. I really think I have an advantage with the medium tyre in the first stint so it’s still all to play for.”