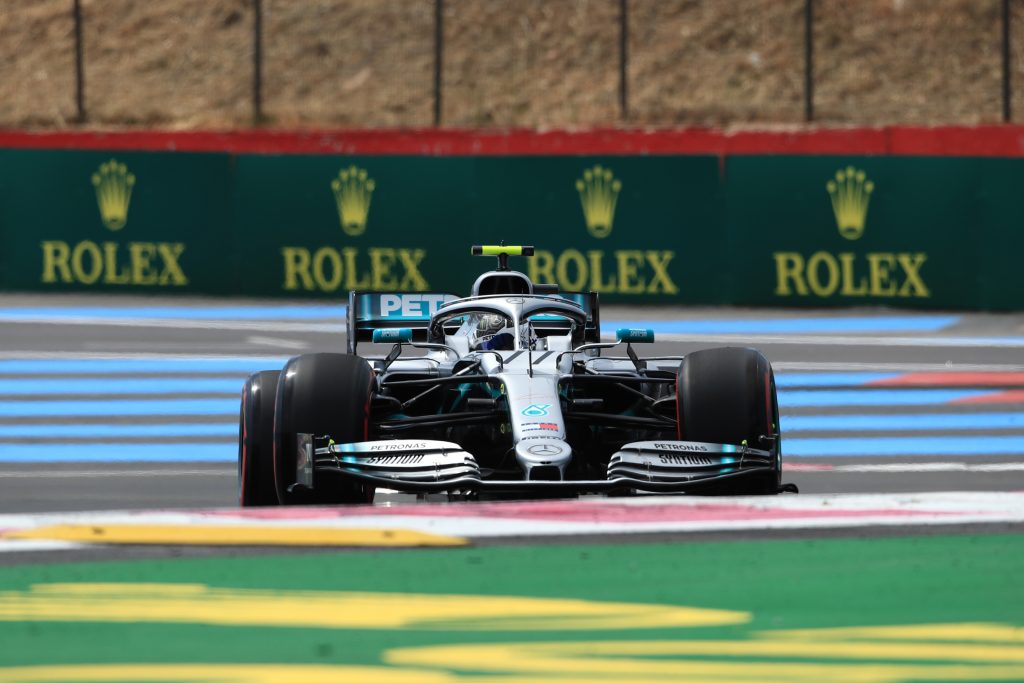 French Grand Prix – Valtteri Bottas led a Mercedes one-two in second practice, but team-mate Lewis Hamilton found himself in hot water with the stewards after an error.

With drivers struggling with the low-grip conditions at the Circuit Paul Ricard, Bottas managed to top the timesheets in the qualifying simulations by setting a time of 1:30.937, four tenths of a second ahead of Hamilton.

The Briton was looking to respond on his own qualifying lap, but made an error at the right-handed turn three, which sent him sideways across left-handed turn four. He took out a bollard and skated wide, which threw away the lap.

He continued and rejoined the track, but in doing so prompted Red Bull’s Max Verstappen – who was on a flying lap – to run wide at turn five and cause the Dutchman to slide off the track.

The stewards took a dim view of this and confirmed that they would look at the incident after the practice session, although it is expected that the punishment would be a reprimand for Hamilton.

Ferrari’s Charles Leclerc took third on the timing screens, six tenths down, ahead of team-mate Sebastian Vettel by just under one tenth of a second.

Lando Norris and Carlos Sainz impressed once again for McLaren, finishing the 90-minute session in fifth and seventh respectively. They were separated by Verstappen, whose flying lap was hampered by Hamilton’s error.

To view the full results from the second free practice session, click here.