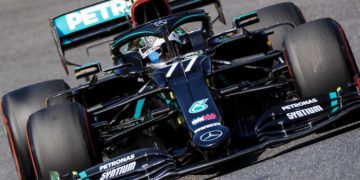 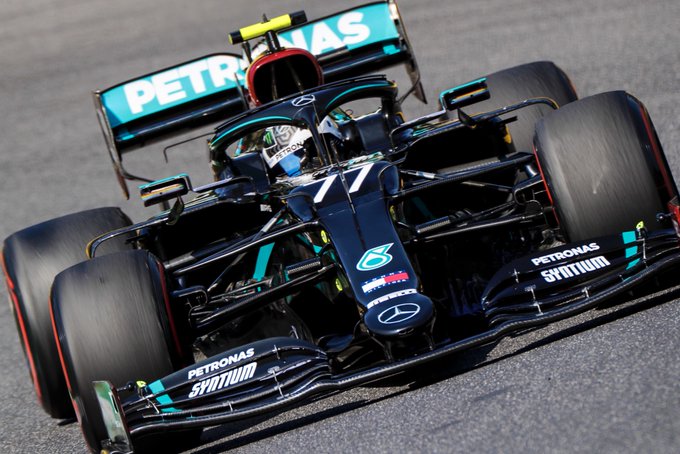 Russian Grand Prix – Mercedes’ Valtteri Bottas has gone quickest in first practice at the Sochi Autodrom in Russia, while teammate Lewis Hamilton was only P19.

Valtteri Bottas has topped the times in a quiet opening practice session at the Sochi Autodrom. The Mercedes man logged his best time on the Soft compound Pirellis to set a 1:34.923 and finish half a second clear of Renault’s Daniel Ricciardo. He did 13 laps during the session.

Mercedes opted to split their preparations for Sunday’s race, with Lewis Hamilton spending almost the entirety of the session on the Hard compound. He also flat-spotted a set of Hards early in the session. As a result of this conservative approach to FP1, he finished in P19 with 18 laps completed and a best time 2.7 seconds slower than what Bottas managed. The Sochi Autodrom is well known for being particularly easy on tyres, meaning Mercedes are getting a baseline to establish the best race tyre for Sunday.

Nicholas Latifi brought out the red flags with half an hour remaining in the session, as he crashed his Williams at Turn 10. He ended up going backwards into the barriers and the resulting damage meant the session was neutralised while his car was recovered. He finished at the very bottom of the timesheets, directly behind Hamilton.

With Ricciardo the closest challenger to Bottas at the front, Max Verstappen settled for P3 in his Red Bull as Honda say they’ve brought ‘counter-measures’ for their engines to help with their reliability concerns.

Racing Point looked good in the first practice session, with Sergio Perez in P4 and Lance Stroll in P5. Perez was just under 0.9 from the front, with Stroll just over a tenth behind – the Canadian is running the latest updates on the RP20 this weekend, while Sergio is not.

Esteban Ocon was P6 to signal some genuine Renault strength, although the French driver will be concerned to have been half a second slower than Daniel Ricciardo. Home favourite Daniil Kvyat finished in P7 for Alpha Tauri, with Red Bull’s Alex Albon in P8.

Sebastian Vettel got the better of his Ferrari teammate on this occasion, with the departing Champion in P9 and 1.4 seconds away from Bottas’ pace. He was half a second clear of Charles Leclerc’s best, with the pair split by Alpha Tauri’s Pierre Gasly.

Carlos Sainz was P12 for McLaren, having missed some time early in the session after damaging his rear wing with an off at Turn 7. He was able to continue after repairs, and finished just ahead of teammate Lando Norris.

Kevin Magnussen was P16 for Haas, with George Russell just behind in his Williams. Romain Grosjean was P18 for Haas, ahead of the back row of Hamilton and Latifi.