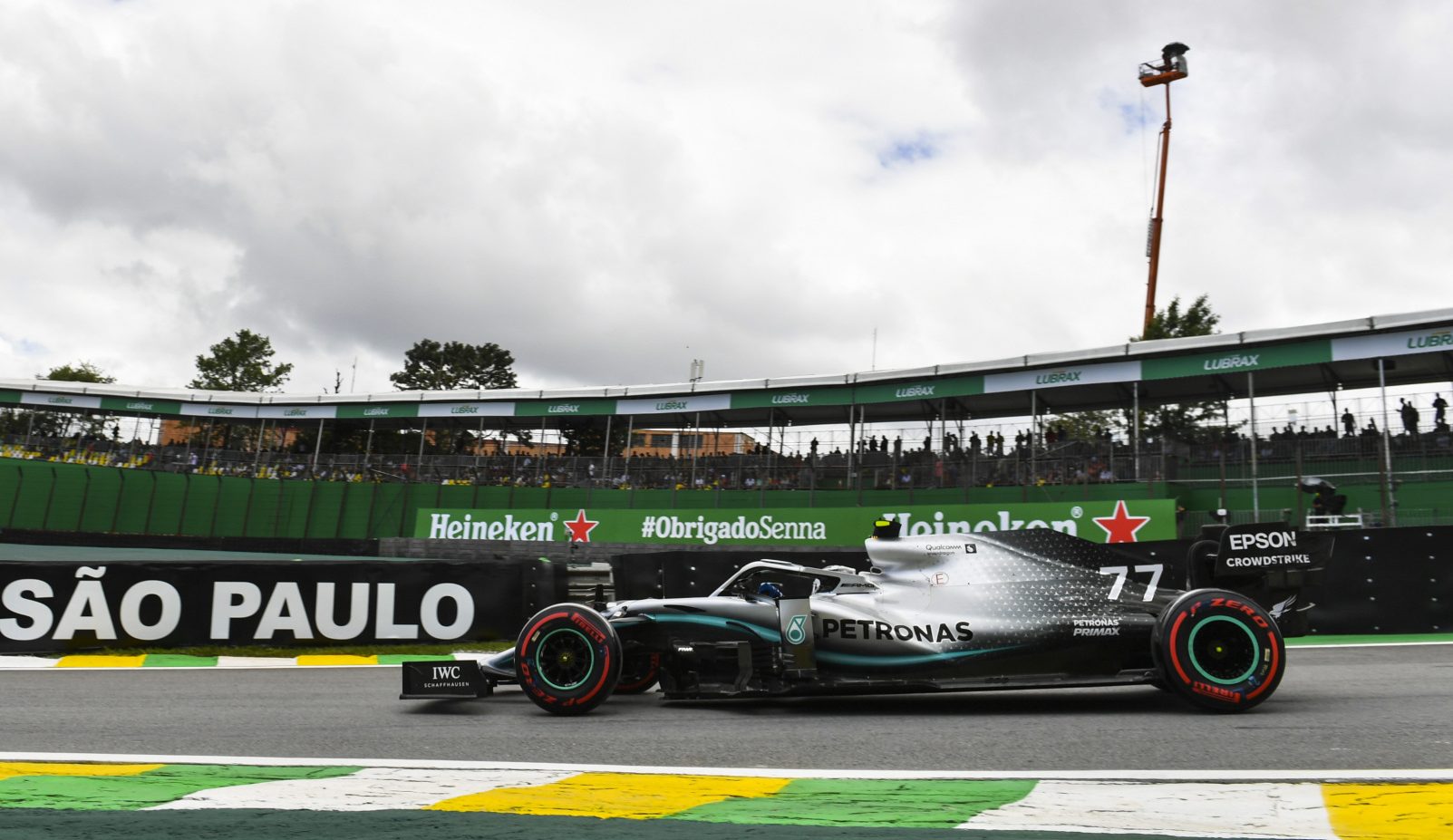 Bottas retirement was due to excessive oil consumption

Bottas retirement was due to excessive oil consumption

Brazilian Grand Prix – Valtteri Bottas’ retirement from Interlagos seventeen laps from the chequered flag was due to an oil consumption problem.

Valtteri Bottas retired from the Brazilian Grand Prix with seventeen laps remaining in the race. The Mercedes man had been fighting with Ferrari’s Charles Leclerc over fifth place when, driving through Laranjinha, smoke began pouring from the right hand back of his engine. He kept applying the pressure on Leclerc for another half a lap until he pulled over on the back straight and bumped his way across the grass to stop at Turn 4.

Bottas is out! The Finn parks up his smoky Mercedes at Turn 4#BrazilGP 🇧🇷 #F1 pic.twitter.com/TWQB56Vh19

Climbing out, it marked the end of a somewhat subdued race for Bottas. Having initially looked committed to a one stop strategy on the Hard tyres after pitting on Lap 26, he ditched the Hards just fifteen laps later to swap back to the Mediums.

“It was a tricky race overall, even before I had to retire the car.” Bottas explained afterwards. “The pace wasn’t quite there today, so we will have to investigate that. I was aiming to do a one-stop and go to the end on the Hard tyres, but I had to pit again as we were concerned that the tyres wouldn’t last until the end. It’s obviously not ideal to switch strategies like that, but it didn’t really matter in the end as I didn’t finish the race.”

“I don’t know the details yet, I just suddenly lost power, so we will have look into that and see what caused it.” Bottas said. “It was very disappointing especially since there was a lot happening afterwards, so it would have been nice to be a part of that action. I’m now looking forward to the race in Abu Dhabi, we want to come back strong and finish the season on a high.”

With Bottas pulling over and stopping before the engine fully failed, the engine will now be evaluated for damage and the possibility of using it again in Abu Dhabi for the season finale. Should Bottas need a fresh power unit, he will take a grid penalty.

James Allison, who acted as team boss for Mercedes in Toto Wolff’s absence in Brazil, explained: “Valtteri suffered from an oil consumption issue earlier on in the race and we were monitoring it, but it got worse and ended his race prematurely. Overall a very disappointing weekend for us, we want to put it behind us and move on to Abu Dhabi to put it right there and hopefully finish the season in fine style.”