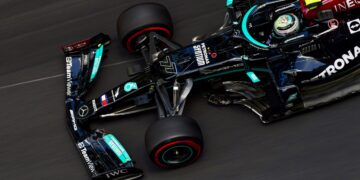 Bottas surprised at out of position suggestion at Monaco GP pitstop

Bottas surprised at out of position suggestion at Monaco GP pitstop

Valtteri Bottas has said that he is 'surprised' that Mercedes have suggested that he was out of position at his terminal pitstop at the Monaco GP. 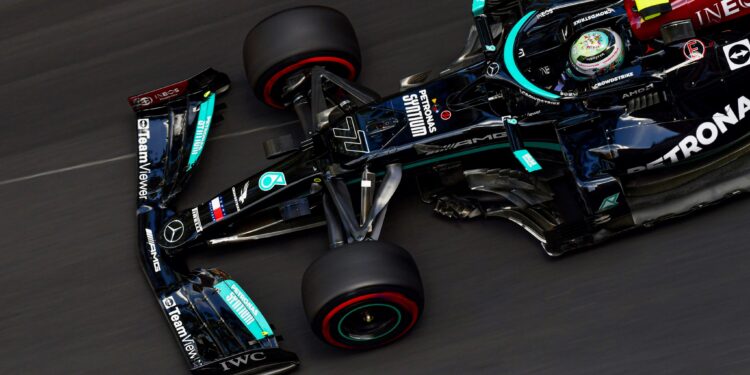 Azerbaijan Grand Prix – Mercedes’ Valtteri Bottas has expressed his surprise over the teams’ suggestion that he was out of position during his race-ending pitstop at the Monaco Grand Prix.

The Finn had to retire from the Monaco GP due to the team being unable to remove his right front wheel. The wheel was eventually removed having been drilled off at the teams’ headquarters in Brackley.

Mercedes boss Toto Wolff had suggested that Bottas came into his pitbox at an angle which contributed to the wheel gun turning mis-aligned and machining off the teeth of the wheel nut.

However, Bottas admitted that he was surprised that the suggestion had been made explaining that, from his point of view, everything was ‘within tolerance levels’.

“Yes, I was surprised,” said Bottas. “I saw the video, and for me it was pretty spot on, where I stopped, so I was quite surprised.

“We analysed, everything in detail and we know that we probably could have done a better job as a team, and with the pitstop of course, you know, it was very normal, debrief from my side,” he explained.

“Of course I wanted to see all the reports about where I stopped. I think I was like two or three centimetres off the central line. And, if you get that accuracy normally, it’s pretty good. You know, you can easily swing by 10/15 centimetres so I thought it was pretty spot on.”

The 31-year-old also revealed that he had concerns about the teams’ pitstop procedures, which he raised with them prior of the Monaco GP.

“It was one of my concerns already a few weeks ago, that I raised with the team,” said the Finn. “So you know it didn’t come from somewhere out of the blue, we knew that we are not perfect in pitstops as we’ve seen.

“And also other areas like tyre warm up in qualifying. I knew coming to Monaco that it is going to be an issue and it was one of the things that I highlighted much before the weekend.”

The Finn explained that the team have taken stock and learned lessons from the incident and Mercedes hope to have corrected things going into Azerbaijan.

“We as a team had to maximise the learning from it,” he continued. “There was a detailed analysis, of course, on what happened, why it happened, and how can we prevent that [so it] never happens again in the future.

“So it’s really all about learning the issue and correcting it. I think the team fully understands it now and we’ve made corrections for that and hopefully we don’t have to experience it again.”