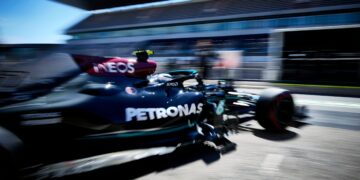 Bottas takes pole ahead of Hamilton for Portuguese Grand Prix

Bottas takes pole ahead of Hamilton for Portuguese Grand Prix 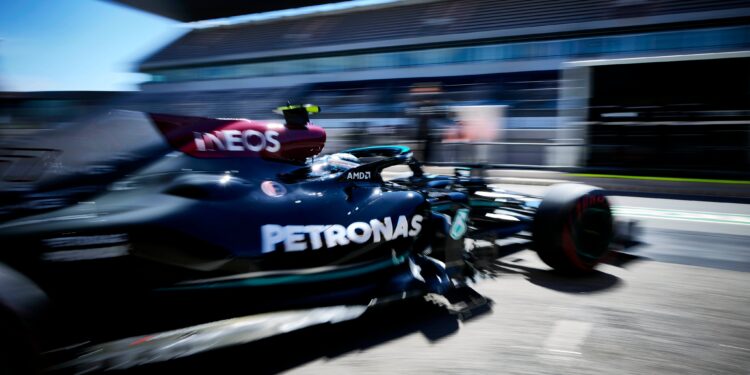 The Finn set a time of 1:18.348 which was just 0.007s ahead of Lewis Hamilton’s best time; both times set on the medium compound tyres. Red Bull’s Max Verstappen could only manage third after having his best time deleted for exceeding track limits.

The wind picked up in Q3 as drivers were unable to improve their time on their second runs – the only driver to do so was Bottas, who managed to navigate the blustery conditions to slot into the top spot.

A dejected Verstappen was left thinking what might’ve been – the Dutchman could’ve taken pole with a laptime of 1:18.209, however, the laptime was deleted after he took a snap over oversteer and exceeded the track limits at turn four.

Sergio Perez in the sister Red Bull finished down in fourth place – the Mexican spun into the gravel in Q1 bringing out the yellow flags. Carlos Sainz rounds out the top five in his Ferrari.

Esteban Ocon put his improved Alpine up in sixth, the team finally managing to extract pace from their car.

McLaren’s Lando Norris starts in seventh with his teammate Daniel Ricciardo starting well down the pack in 16th. A disappointed Ricciardo was a full second off Norris’s time in Q1 and was unable to reach through to Q2.

Charles Leclerc starts in eighth; the Ferrari driver persisting with using the medium tyres and setting an impressive lap to reach Q3.

Pierre Gasly starts in a solid ninth for Alpha Tauri, whilst Sebastian Vettel reached Q3 for the first time this season and starts in 10th.

Williams’ George Russell just missed out on a Q3 appearance by 0.05s – the British team showing much improved pace.

Antonio Giovinazzi starts in 12th for Alfa Romeo with his teammate Kimi Raikkonen down in 15th place. The team will be disappointed with those positions having showed some strong pace in practice.

Fernando Alonso starts down in 13th; the two time world Champion will be dissatisfied with that position after the Alpine has showed promising pace throughout the weekend.

Lance Stroll was unable to match his teammates’ solid performance and puts his Aston Martin in 17th, whilst Nicholas Latifi, Mick Schumacher, and Nikita Mazepin round out the field.