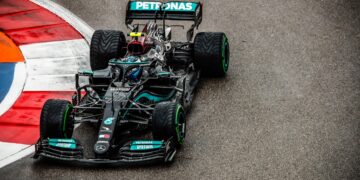 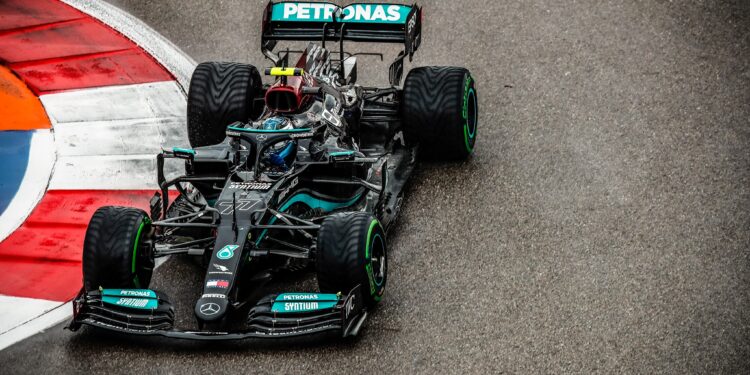 Russian Grand Prix – Mercedes’ Valtteri Bottas has been slapped with a grid penalty after the Brackley squad changed some of the power unit components on Saturday night.

The Finn will take a ten place grid penalty and, after qualifying up in seventh place, will now start down in 17th, ahead of Red Bull’s Max Verstappen who also took a power unit change penalty.

Bottas also took a new power unit last time out at the Italian Grand Prix and this second change should see him through to the end of the season. Ferrari’s Charles Leclerc and Williams driver Nicholas Latifi have also taken new power units for this weekend and will receive grid penalties.

The move by Mercedes will give Bottas the opportunity to halt Verstappen’s charge through the field as teammate Lewis Hamilton starts up in fourth place.

Mercedes boss Toto Wolff had hinted that they would experiment with Bottas’s race on Saturday, considering that Sergio Perez in the other Red Bull was unable to qualify higher than ninth.

“It’s still a big opportunity for us to get a lot more points than Red Bull.

“And I really believe we can still fight for the win, because based on the pace we had yesterday in the long runs, if it’s dry race especially, we’ll be there or thereabouts.

“So yeah, should be should be an interesting race.”