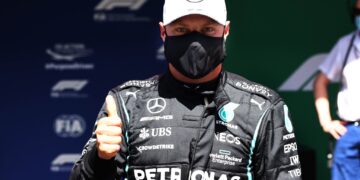 Bottas: We can go as long as we want in first stint

Bottas: We can go as long as we want in first stint 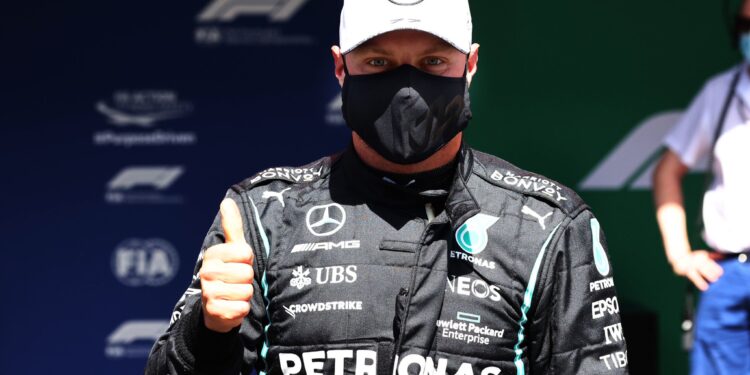 The pole-sitter pipped teammate Lewis Hamilton to pole by just 0.007s and starts the race on the medium tyres – widely regarded as the optimum tyre.

“The whole weekend has been a so-so feeling with soft tyres, we’ve been feeling better with the medium,” said Bottas after qualifying.

“Tomorrow starting with the medium tyre, I think it’s good. It opens up opportunities that we can go pretty much as long as we want in the first stint.”

The Finn hasn’t been able to match his teammate Hamilton and Max Verstappen in the Red Bull on Saturday so far this season – both drivers have scored pole positions in the opening two rounds.

However, Bottas has done his homework; in particular working on the tyres. This was evident as he was the only one of the front runners to improve his time on the second run in Q3.

“It’s a good feeling to be on pole position,” said Bottas. “It feels like it’s been a while so it was nice to get a good qualifying.

“Getting the tyres to work – it’s been the weak point for me in the in the first two races. We’ve been working hard and it’s nice to see it’s paying off; it puts me in a good position for tomorrow.”