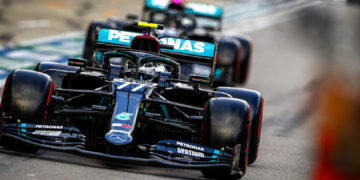 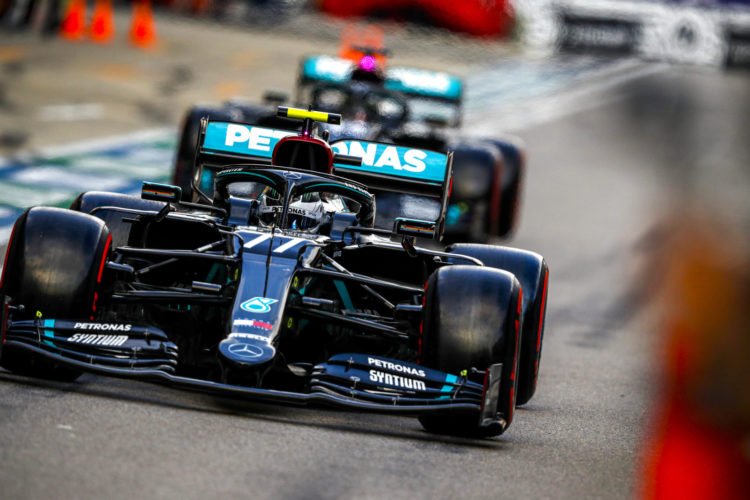 Click here for the complete results from the 2020 Russian Grand Prix.

Valtteri Bottas has taken a comfortable win at the Sochi Autodrom, following time penalties for Lewis Hamilton. The championship leader started the race from pole position and weathered the start to hold onto the lead, but was given two separate time penalties for pre-race start infringements.

Hamilton had pulled over to the right of the pit exit to perform practice starts, but was actually out on track at the time. Having done this twice, he was given two separate time penalties of five seconds apiece.

Coming in to swap from the Softs to Hards on Lap 17, he served the 10 second penalty and came out in P11 but with no further stops.

With Bottas now comfortably in the lead, he was able to run a longer first stint and pit for his one and only stop on Lap 26. Swapping to the Hards, he went unchallenged by Red Bull’s Max Verstappen, who lost out at the start to Bottas after a slightly slower getaway.

Hamilton recovered to P3 as the other drivers pitted, but was powerless to fight back against Bottas and Verstappen ahead. He questioned the earliness of his stop, having shown good pace on the Softs, and was annoyed over team radio telling his race engineer “I don’t want any more information, it doesn’t make any difference.”

With those three making up the podium places, Sergio Perez came home in P4 for Racing Point. It was quite a lonely race for the Mexican, finishing over twenty seconds clear of Riccardo. The Australian also picked up a time penalty for running wide at Turn 2 and not going through the required bollards.