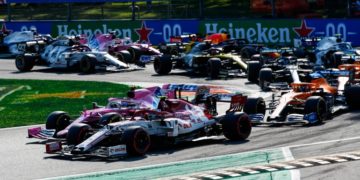 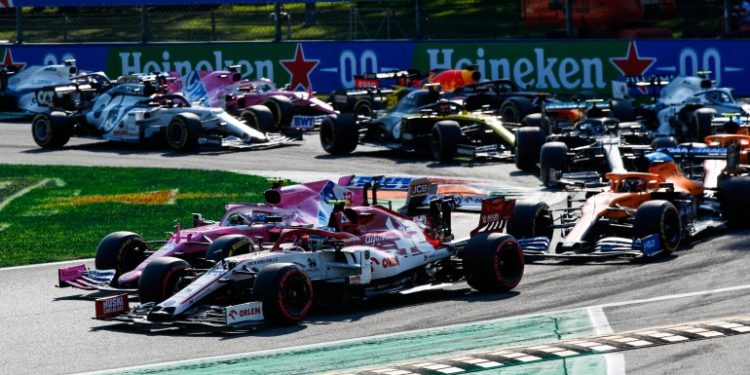 Formula 1’s Ross Brawn says the restarted Monza race, effectively a reverse grid race, proved a thriller and showed the benefits of such a format.Reverse grid races have been discussed at the top level for Formula 1 in recent years, but have never been introduced. It was discussed to be trialed at one of the double-header events taking place during this tumultuous 2020 season, without reaching a consensus.

However, Monza inadvertently generated reverse-grid like conditions with the timing of a Safety Car intervention, pitstop timing and a red flag period that ended up shuffling up the order. A penalty moved Lewis Hamilton right to the back of the grid, forcing him to go on the attack to finish in P7 at the flag.

With the race hailed as a thriller, made more memorable by the popularity of the winner Pierre Gasly, F1’s Ross Brawn said the benefits of reverse grid racing were witnessed: “Monza was a candidate for a reverse grid sprint race when we were considering testing the format this year. Unfortunately, we could not move forward with it, but the concept is still something we and the FIA want to work through in the coming months and discuss with the teams for next year. We believe that yesterday’s race showed the excitement a mixed-up pack can deliver and with next year’s cars remaining the same as this year – our fans could be treated to the similar drama we saw this weekend at Monza.”

With Mercedes unable to lead from the front with Bottas falling down the order at the start before Hamilton picked up his penalty, Brawn said a different approach to setup would have to be taken: “With a reverse grid sprint race, teams will set their cars up differently. Right now, Mercedes set their cars up to achieve the fastest lap and then to control the race from the front. If they know they have to overtake, they will have to change that approach. We will continue to evaluate new formats with the aim of improving the show but always maintaining the DNA of Formula 1.”

“What was fascinating was watching how the Mercedes – with such superior aerodynamics over its rivals – had such difficulties overtaking.”

“You could see Lewis Hamilton and Valtteri Bottas’ performance was compromised by being out of position in the pack. It was astonishing how such a dominant car struggled in traffic. It’s why we believe the new generation of revolutionary cars, set to arrive in Formula 1 in 2022, will be so much better for close racing.”