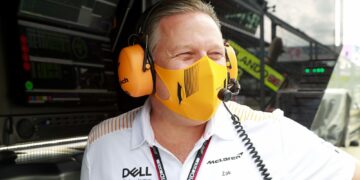 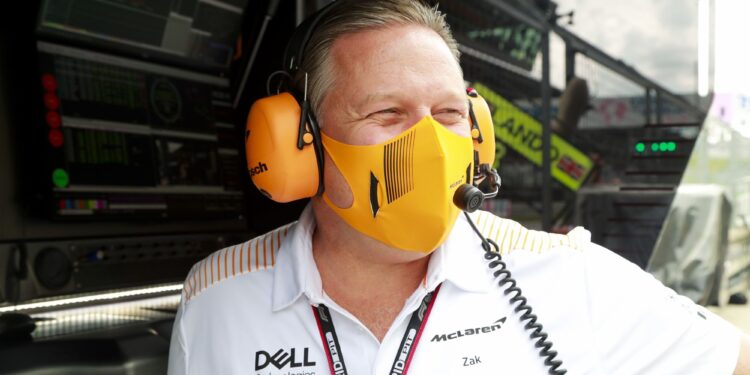 McLaren CEO Zak Brown has spoken out on what he sees as the continued “threats” of customer teams, or B teams in F1 commenting on their affect on the sport.

The existence of customer teams (B Teams) has been a hot topic in the F1 paddock for a number of years. Several teams enjoy close relationships with others, the strongest being Red Bull which owns AlphaTauri.

In a new column on the McLaren website, Brown voiced his concerns over their impact on the regulations and his worries over customer teams influences on the sport as a whole.

“The threat of A and B teams has not gone away, and it is vital that the governance of the sport is strengthened to prevent this,” said Brown.

“The regulations, as they stand today, are heavily biased towards B teams/customer teams which is not in line with F1’s principle of a group of genuine constructors competing with one another on even terms. It is diminishing what being an F1 ‘team’ means and the fabric of the sport.

“F1 needs to be 10 true constructors, where each team – apart from sharing the PU and potentially the gearbox internals – must design and produce all parts which are performance relevant. Right now, there is too much diversity in the business models between teams.

“Trying to apply the same set of complex regulations to each, and then policing them effectively, is needlessly complicated and compromised as a result”.

Brown suggests a solution to this is what he called the need for “governance structure changes”, commenting on the impact B teams have on F1’s competitive order in recent years:

According to Brown, the impact of B Teams is now not just affecting competitiveness, but also the  political aspect of F1. Voting on issues, Brown adds, is now becoming more complex due to pressures from senior teams.

“The voting pressure placed by the A teams on their B teams is not consistent with the promotion of an equitable sport based on individual team merit,” explained Brown. “As I have said before – and these teams won’t admit to it – there are times when some smaller teams vote against their own interests to satisfy the agenda of their A team.”

With the FIA beginning their investigation outcome of the controversial Abu Dhabi Grand Prix, Brown says that there needs to be clarity on who governs and regulates the rules.

“It is obvious to focus on the events of Abu Dhabi at the end of last season, which are the subject of an FIA investigation, there have been systemic issues around alignment and clarity on who makes the rules – the FIA or the teams – that have manifested themselves in the past couple of years, at times in a high-profile way’  concluded Brown.