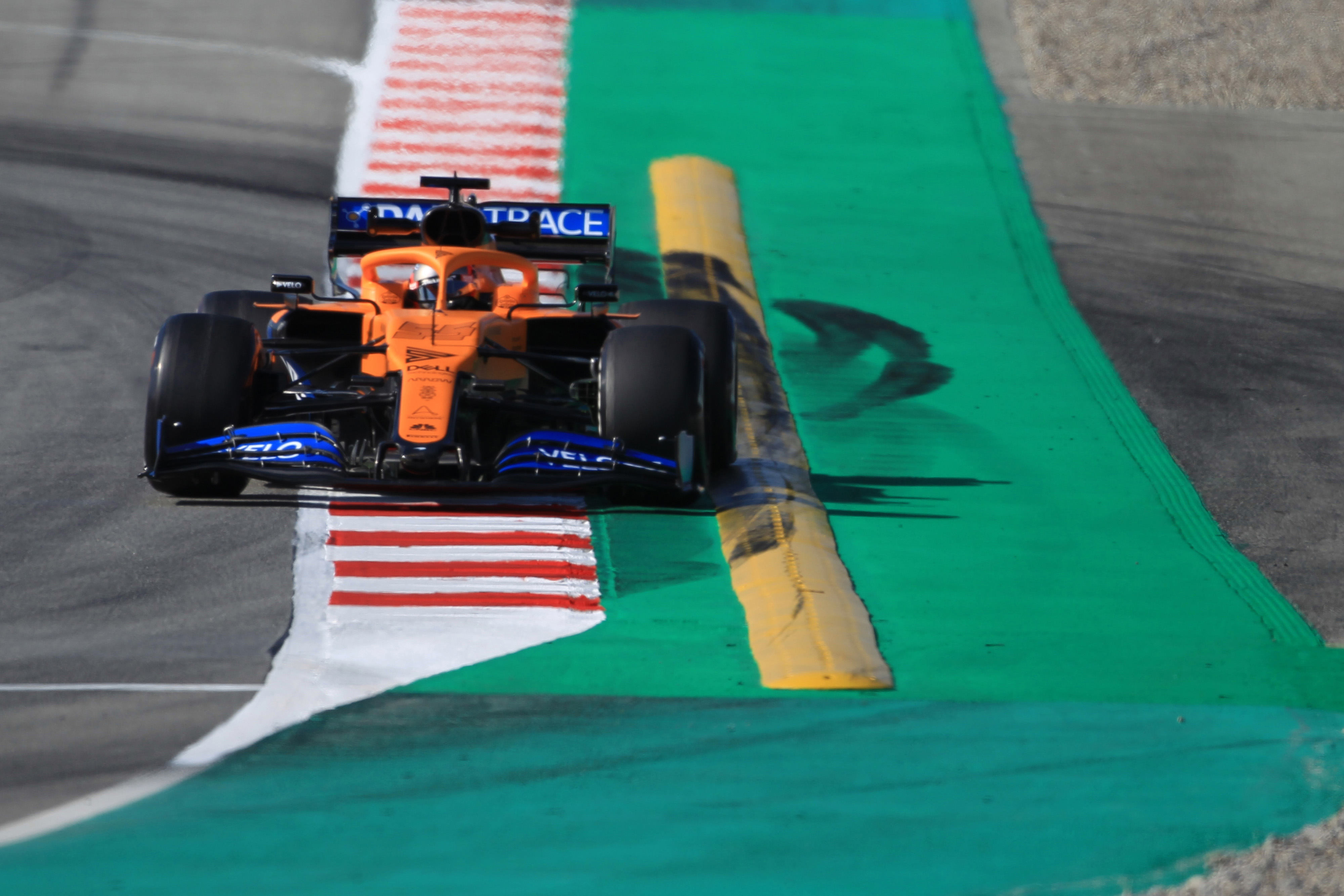 Carlos Sainz says the new McLaren MCL35 feels like a “good step forward from last year” after the first day of Formula 1 pre-season testing in Barcelona.

McLaren were last season’s surprise package, with the team recovering from a poor 2018 to finish fourth in the constructors championship.

Sainz was also impressive, beating his teammate Lando Norris and finishing sixth in the drivers standings, while also securing his first podium finish at the Brazilian Grand Prix.

“Initially the car feels much better, but also the conditions are different to the Grands Prix,” the Spaniard told his press conference on Wednesday evening.

“No wind, a lot cooler track temperature. But I felt immediately that the car was a good step forward from last year. The lap times didn’t feel much different from last year, but then you look at the time sheets and everyone is very quick, so it must be that everyone is developing with upgrades on the cars, so everyone is making a lot of progress.”

McLaren have lofty ambitions and will switch to Mercedes as their engine supplier from 2021, making this their last season with Renault.

The team also suffered reliability issues last season, which prevented them from creating an even bigger gap between themselves and the Renault works team, but Sainz was impressed with the reliability the MCL35 showed on its first outing.

“First impression is that to do 161 laps on the first day of testing is already quite a big achievement,” he added.

“We hit the ground running this morning and the positive thing is that we completed every single lap that we had plans for. Basically, we did not do more laps because there were no more tyres available but we didn’t have a single problem with the car in terms of reliability which meant we ended the day doing pit stop practice. So I am very happy and I was feeling comfortable with the car very quickly.”