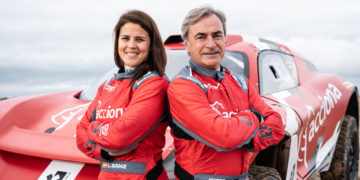 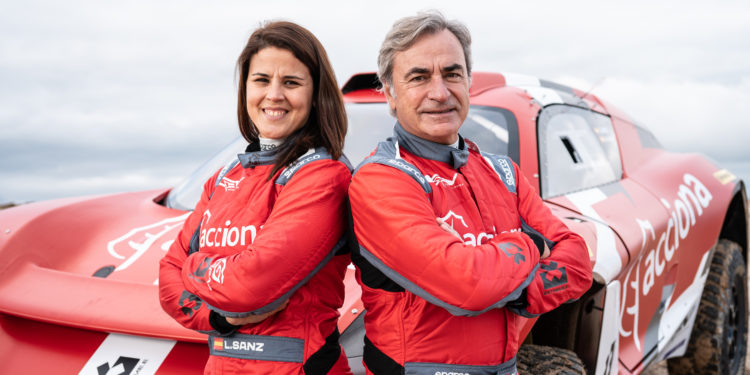 Extreme E – Dakar Rally winner, Carlos Sainz, has teamed up with QEV Technologies and ACCIONA to race in the debut Extreme E season.

QEV Technologies, a Spanish electric mobility and motorsport R&D company, announced their entry into the new electric off-road series earlier this year, but will now be competing as the ACCIONA | Sainz XE Team.

ACCIONA have experience in electric off-roading having competed in multiple Dakar Rallies, and in 2017 became the first fully-electric vehicle to complete the challenge. While the team’s nelly announced drivers, Carlos Sainz and Laia Sanz, are both multiple champions in their fields.

Sainz is a multiple World Rally Champion and a three time Dakar Rally winner, with his most recent victory coming at the 2020 running of the event. Sanz has mainly competed on motorcycles prior to Extreme E and is a thirteen time Trial World Champion and five time Enduro World Champion.

“I would like to start off by thanking ACCIONA for their confidence,” said Sainz. “As well as Alejandro Agag, who has shown us great support, and, of course, QEV Tech, who is our technological partner. With Laia as my teammate, I think that we have all the right ingredients for a Spanish team to be fighting at the very top. That will be our target.”

“This is undoubtedly a new kind of competition in the world of motorsport and not only because of the type of car, which is 100% electric and off-road, but because of the format. To compete in a championship where there is gender equality, where both drivers are equally important and where both are going to win and lose together seems very original and inclusive. For a veteran like me, this is one of the last things I am yet to try out: I would have left behind some unexplored territory!”

Like Sainz, Sanz is a Dakar Rally veteran having competed in and completed the past ten events, and winning the women’s motorcycle category on each occasion. The two drivers will be familiar with the setting for the first X-Prix as this year’s Dakar was held in Saudi Arabia and passed through Al-’Ula where Extreme E will make its debut.

Sanz is enthusiastic about her move from two to four wheels and she is looking forward to learning from her teammate. “I am very grateful for the faith Carlos, QEV Tech and ACCIONA have shown in me,” said Sanz. “I’m tremendously motivated and excited as this is an important step for me; I’ve always had an interest in sports cars and I’m sure I’m going to learn greatly alongside Carlos.

“I’m a huge admirer of his and to form a team with him is like a gift; he’s the best teammate I could ask for. I hope to live up to expectations and to learn quickly to help the team out as soon as possible. The championship format is new in itself and it’s very interesting to see teams made up of men and women. It also includes a concept of sustainability: we have to start thinking about this. I think racing will steer increasingly in this direction.”

ACCIONA | Sainz XE will be the fourth Extreme E team to have Formula 1 ties, as Carlos Sainz Jr is a shareholder in the new team. The other F1 connections are Lewis Hamilton and Nico Rosberg renewing their rivalry with competing teams, X44 and Rosberg Xtreme Racing, while Adrian Newey and Jean-Eric Vergne teamed up with Veloce Racing for their switch from esports to real world racing.