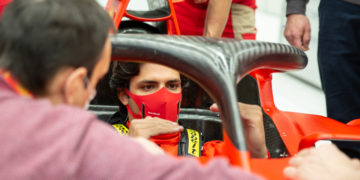 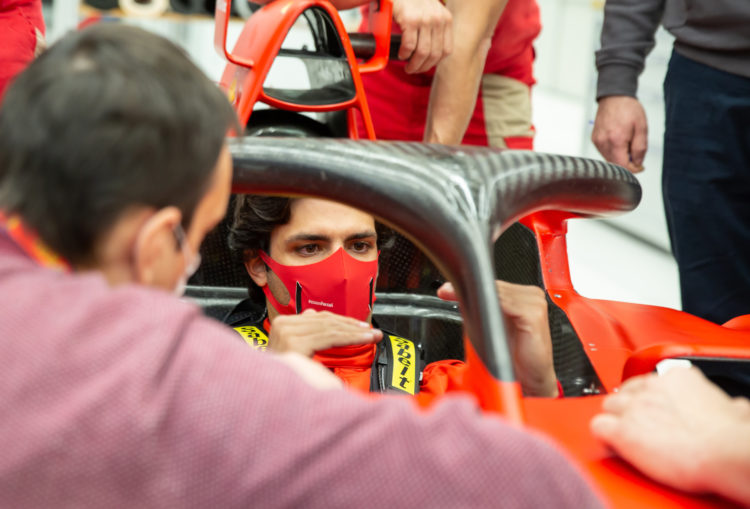 Ferrari’s new signing Carlos Sainz has visited Maranello for a seat fitting, as he gears up to start work properly with the Scuderia in 2021.

Carlos Sainz switches to Ferrari from McLaren for 2021, stepping into the cockpit vacated by Sebastian Vettel as the 4 time World Champion was dropped by Ferrari earlier this year.

Sainz, who raced for McLaren for the past two years, departed the UK during the week and dropped by Maranello in Italy for a first visit to the factory. Meeting new team boss Mattia Binotto and teammate Charles Leclerc, Sainz was shown around the factory and met some of the engineering staff. He also had his first seat fitting for the car he’ll step into in just a few weeks time.

Sainz and Leclerc also had initial meetings with Binotto as the team held a virtual press conference for journalists.

Ferrari also revealed that their new 2021 car will be called the SF21, despite being fundamentally the same car as the SF1000 with minor aerodynamic tweaks to adhere to new regulations for the final year before the introduction of a huge raft of changes for 2022.

Sainz will become the third Spanish driver to race for Ferrari, following on from Fernando Alonso between 2010 and 2014, and Alfonso de Portago, who appeared in five Grands Prix between 1956 and 1957 racing for the Scuderia.