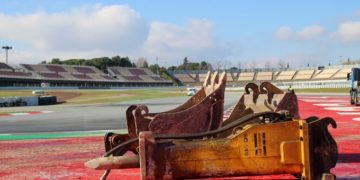 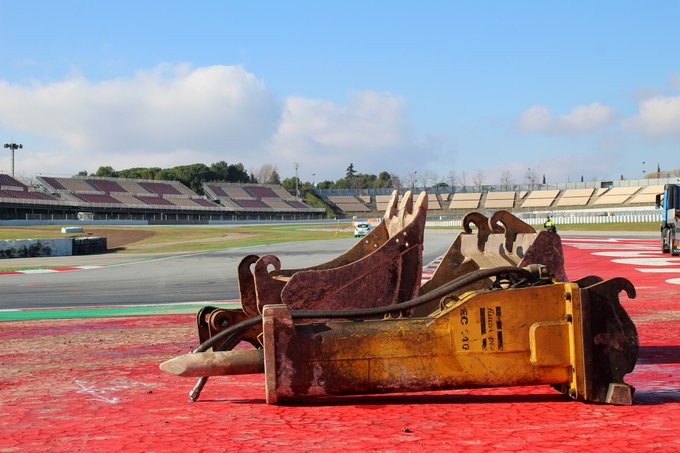 The Circuit de Barcelona-Catalunya has begun work on reprofiling Turn 10 in a bid to help improve overtaking opportunities at the venue.

The Catalan circuit has begun work on reprofiling Turn 10 at the venue, which is with the intent of creating a better overtaking opportunity.

The circuit has hosted the Spanish Grand Prix every year since being built as a new facility for 1991, but has always been seen as a processional event due to a lack of overtaking spots. Turn 10 was remodelled 20 years ago to create a harder braking zone, but proved ineffective. An additional chicane that was added in the final sector in 2006 due to safety concerns also made following onto the main straight more difficult, exacerbating the issue.

However, the intent is to extend the track further down the back straight to create a harder braking zone and tighter corner – essentially reverting back to the original layout but with a tighter angle.

“The remodelling of Circuit’s Turn 10 has already started and will allow for an extension of the run-off area at the turn, thus increasing the safety distance, and it will also lead to a return to the origins of the layout.” said a tweet from the circuit’s account.


Earthwork in the existing gravel trap has begun, and the work is expected to continue throughout January.

The circuit is not expected to be hosting pre-season testing this year, with a solitary three day test in Bahrain being the rumour ahead of the 2021 season.

Catalunya will host the Spanish Grand Prix on the 9th of May, having signed a new agreement with Formula 1. Circuit management, as well as local government, are aiming to keep F1 in Barcelona with the intent on negotiating a new long-term deal for 2022 and beyond.

Ramon Tremosa, Catalan Minister of Business and Knowledge, and Circuit de Barcelona-Catalunya President said: “The F1 Grand Prix in Catalonia is a great world-level event that generates a multiplying effect in terms of GDP growth and the creation of jobs and wealth that is ten times higher than the contribution made by the Catalan Government”.

Minister Tremosa stated in this sense that “we will continue working at the government in order to turn the racetrack in Montmeló into a permanent venue for competition, because Formula 1 is not an expense, but an investment”.

The head of the Catalan Business and Knowledge Ministry highlighted that “Catalonia is a motor racing country, with a huge number of followers, international champions and extraordinary infrastructures”, and that with this agreement, “we are securing the presence of Circuit de Barcelona-Catalunya in the calendar of the main national and international motorsport competitions, for another year”.