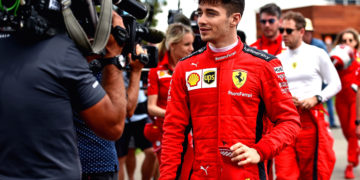 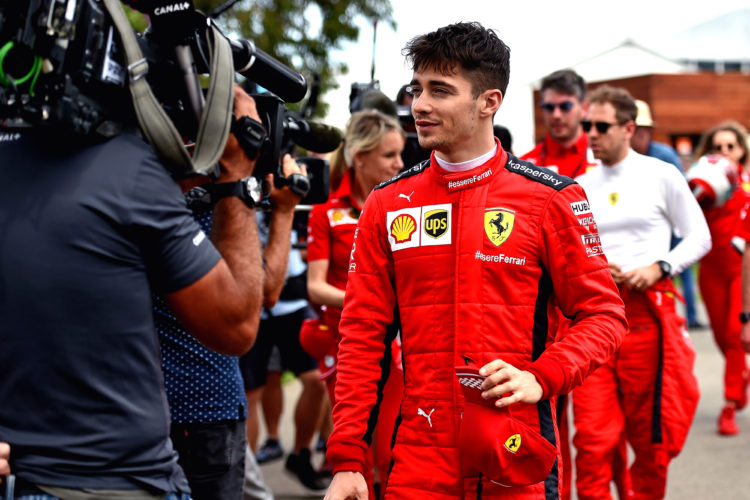 Ferrari’s Charles Leclerc has praised outgoing teammate Sebastian Vettel, saying that he learned a lot alongside the World Champion.

Leclerc spent just one season alongside Sebastian Vettel at Ferrari, having moved to the Scuderia from Alfa Romeo at the end of 2018. Leclerc quickly established himself at the team, with his performances impressive enough to ensure he was able to frequently match or even beat his illustrious teammate. By the end of the season, Leclerc scored two victories to Vettel’s one and the Monegasque won out in the points standings too.

With Vettel deciding against continuing with Ferrari after this season, Leclerc now inherits a defacto leadership role at the team as he settles into the next five years with the Scuderia.

While there was occasionally some tension at the team between the pair as they vied for supremacy, Leclerc paid tribute to his departing teammate on social media.

“It’s been a huge honour for me to be your team mate,” he said on Twitter. “We’ve had some tense moments on tracks, some very good ones and some others that didn’t end as we both wanted, but there was always respect, even though it wasn’t perceived this way from the outside.

“I’ve never learnt so much as I did with you as my teammate. Thank you for everything Seb.”

While Leclerc and Vettel never fell out during 2019, there was some serious bumps along the way. A team orders argument at the Russian Grand Prix stirred tempers as Vettel was felt to have ignored team instructions, while the pair collided (albeit gently) during the Brazilian Grand Prix and led to both retiring from the race.

The identity of who will replace Vettel in the second Ferrari seat is yet to be revealed, although the leading contender is said to be McLaren’s Carlos Sainz. Some media reports suggest he is to be confirmed later this week, while other names linked with the seat are Renault’s Daniel Ricciardo or the currently absent Nico Hulkenberg.

Lewis Hamilton is also another, although less likely, candidate. The Mercedes man is out of contract at the end of this season, and both parties have indicated a willingness to have a chat about potentially linking up at some point in the future.