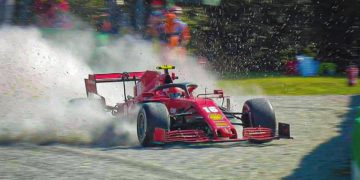 Charles Leclerc says crash was his own mistake

Charles Leclerc says crash was his own mistake 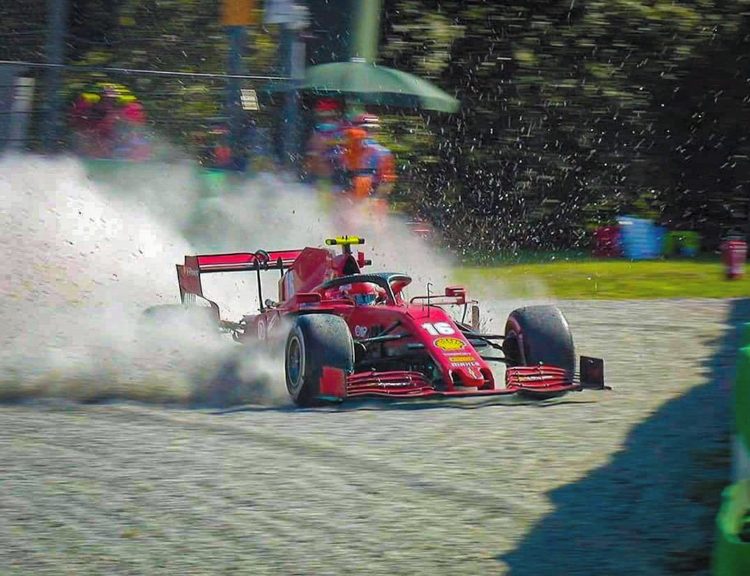 Italian Grand Prix – Ferrari’s Charles Leclerc says his race-ending crash was completely a driving error, with ‘no excuses’ beyond that.

Ferrari’s Charles Leclerc says he’s feeling a little sore after a scary crash during the Italian Grand Prix. The Monegasque driver was vying for a low points position when he lost control of his SF1000 on the first lap after the Safety Car restart. Losing the rear through the Parabolica, he was left a passenger as he went across the gravel and hit the tyre barriers hard.

It was a hard hit, and Leclerc was brought to the Medical Centre for precautionary checks after it. He was discharged and is OK, but he says he’s feeling a bit sore after it.

“Big crash today.” Leclerc said on Twitter. “A bit sore but okay, impressive how much these cars can take nowadays. Thanks all for your messages.”

Speaking to Sky before leaving the circuit, Leclerc explained it was simply a driving error that caused the crash: “I just lost the car. It’s my fault. It was a very difficult race to be honest, then I thought we were unlucky with the Safety Car but we were lucky.”

“With the Hard tyres I struggled massively, I tried to push but lost it through the Parabolica and crashed. It was just a mistake by my side, it was very difficult to drive prior to the crash but, no excuses, it was my mistake.”

Leclerc’s accident happened shortly after Sebastian Vettel’s race came to a dramatic end as he suffered a brake failure into the first chicane. He ploughed through the polystyrene markers in the escape area, and explained that he suffered the failure at the safest point on the track:“It is the worst thing but at least it happened in the best spot. If it happened elsewhere,  it wouldn’t be so nice. I completely lost the pressure on the pedal and went straight on. In the laps before I ran into trouble but we managed the brakes but it was obviously quite bad.”

“I was struggling, had a very bad start with the Hard tyres and lost positions. Then we ran into the problems, had to cool the car, and the brakes failed, so a short race.”