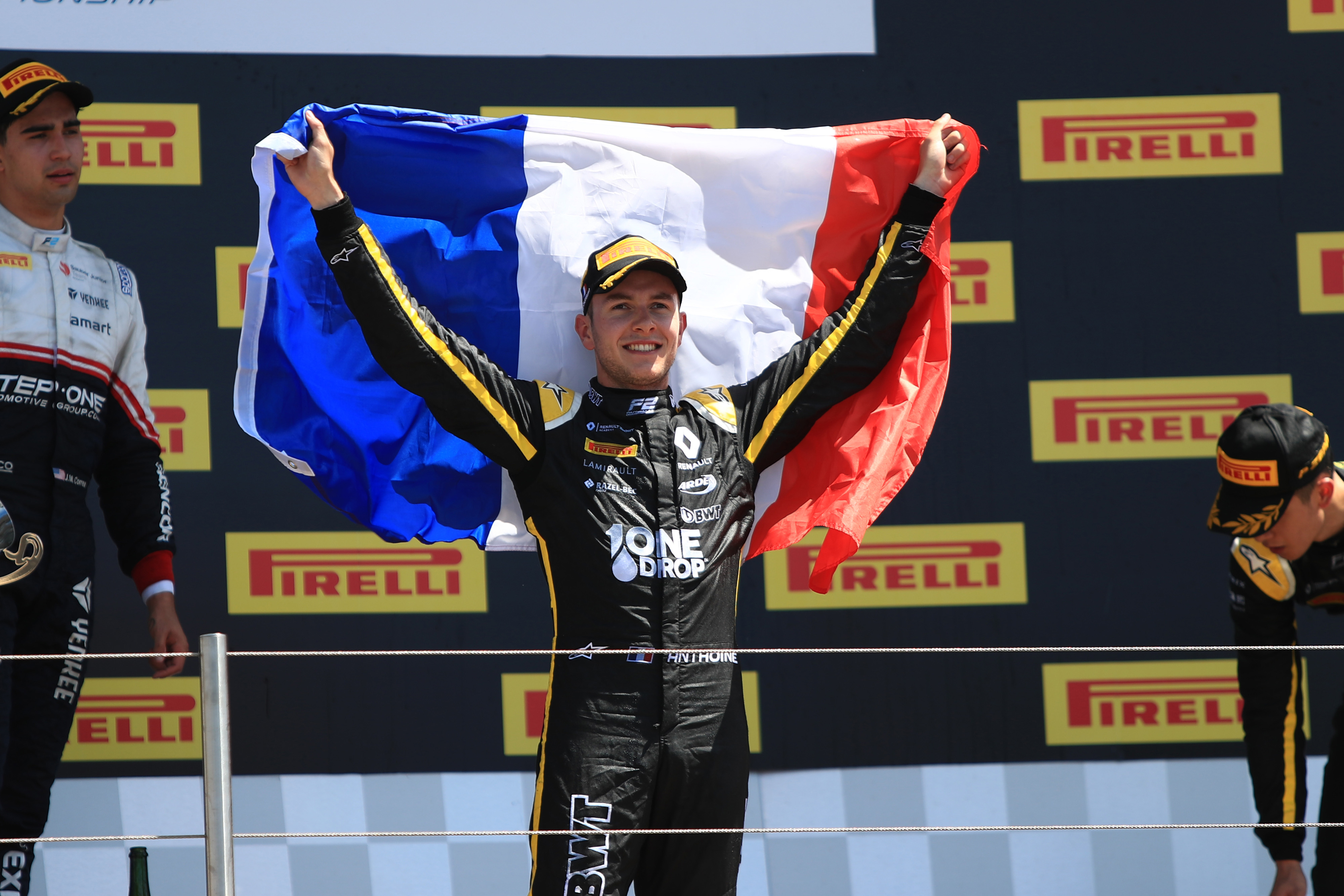 “Chasing The Dream” is a show emburdened by a perfect tribute

“Chasing The Dream” is a show emburdened by a perfect tribute

“Chasing The Dream” is a new mini-series about the 2019 Formula 2 Championship, but struggles to break free of the weight of Anthoine Hubert’s tragic death.

Following on from the success of Netflix’s Formula 1 documentary Drive to Survive, Formula 1 has released a new five-part mini-series about the 2019 Formula 2 Championship. Titled “Chasing The Dream”, it’s available to stream now on the F1TV website and app (subscription required), having been produced internally by Formula One Management.

It’s not a particularly lengthy time commitment to power through the five episodes, with the average length being around 25 minutes each. Narrated by Rosanna Tennant, the series reflects on the highs and lows of the 2019 Formula 2 Championship.

However, don’t be fooled into thinking this is some sort of season review with in-depth explanations of what went on in individual sessions throughout the year. While there is some basic explanation of some of the rules of the sport, as well as some context for some details, Chasing The Dream assumes the viewer has already got a handle on roughly what Formula 2 is, who the drivers are, and who they drive for. The first episode manages to stuff a quick scene set, as well as the first three complete rounds of the championship, into just one 25 minute episode. That’ll give you some idea as to how much detail is given about the on-track racing as it unfolds on screen in a disconcerting, somewhat ethereal representation of what watching a Formula 2 race is actually like.

The usual official Formula 2 commentary, excellently presented by Alex Jacques and Davide Valsecchi, plays over short, barely connected clips that very roughly tell the story of the races as they unfold, but the focus is really on driver interviews. Formula 2 frontrunners like Nyck de Vries, Guanyu Zhou, Jack Aitken, Luca Ghiotto and Mick Schumacher are all quickly introduced and get some brief camera time to explain their motivations, the challenges of the series, and their ambitions for the short-term future.

It’s all perfectly fine if you watched Formula 2 already during the year and knew what was going on but, if you’re going in without any knowledge of the year’s events, the series starts off by feeling a bit disjointed and confused as to what purpose it’s actually serving or who it’s serving it to. Think lots of ‘drama shots’ that don’t really show anything at all, like slow-mo shots of pitboards and helicopters frozen in mid-air.

The second and third episodes are more of the same, with Episode 2 focusing on the Monaco, French and Austrian rounds with rookie Anthoine Hubert making his first appearance as he takes dramatic wins in Monte Carlo and Paul Ricard. Some behind-the-scenes footage of Anthoine is shown but, again, despite the excitement of the rounds, the episodes are presented in a gloomy fashion that seems at odds with the atmosphere of the sport. For the unaware, the rather bleak feel of the series might be off-putting and confusing as to why the producers have chosen this route.

However, if you didn’t already know why, Episode 4 reveals the shackles under which the producers of Chasing The Dream were working. This episode addresses the Belgian weekend at Spa-Francorchamps, and the crash which claimed the life of Anthoine Hubert and cast a pall over the entire 2019 Formula 2 season. Opening on a distant shot looking back along the Kemmel Straight towards Radillion, the flashing lights of emergency vehicles suddenly explain the melancholy. What follows is 25 minutes of an exemplary and tasteful review of the events of August 31st. Only the very start of the incident is shown, with the focus of the episode instead being on the recollections of others. Formula 2 CEO Bruno Michel features, as does F2’s Head of Media Alexa Quintin, while Alex Jacques provides dignified gravitas as the sheer emotion of the episode takes hold.

“When the sport that brings you joy suddenly brings you heartbreak, you are confronted with a choice. Stop and despair, or endure and continue. The drivers of Formula 2 reject despair, not because they do not grieve, but because they are determined in their defiance. Know this with certainty: Anthoine Hubert will never be forgotten. He was special, on and off the track, and the seventeen who race today choose to honour him. They choose to race.” Alex Jacques, Formula 2 commentator 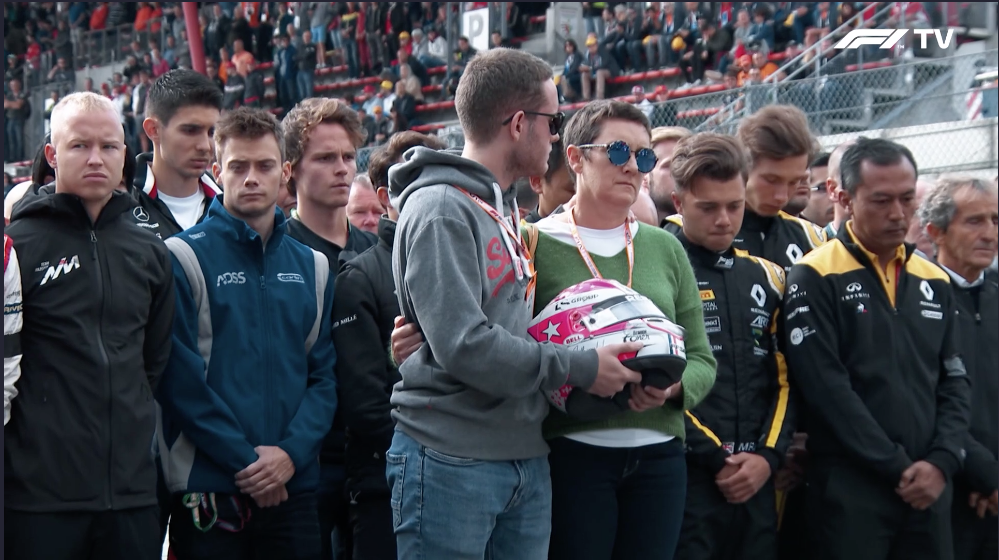 An interview between Martin Brundle and Esteban Ocon for Sky F1 is aborted when the crash unfolds, and the look of anguish and fear on Esteban’s face as he turns back towards the camera sums up how everyone felt that day and the episode does a stellar job of managing to convey the emotion of the tragedy without ladling it on in a macabre or needlessly maudlin fashion. Anthoine’s boss and Arden Team Principal Kenny Kirwan also explains the tragedy from his perspective, as the man responsible for telling the people that worked on Hubert’s car.

Should you manage to make it through the first half of this episode with dry eyes, even the stoniest of hearts will break when Tatiana Calderon tries to talk about witnessing the aftermath of the crash as she drove past her teammate’s shattered car at Radillion. Juan Manuel Correa, critically injured in the crash, also features throughout the episode as he speaks out about his part in the crash. Now at home recuperating in Miami, Correa discusses how he has struggled to come to terms with the crash, as well as his positive outlook for the future after coming out of his coma and hospital stay. This episode, overall, is an excellently produced, tasteful and exemplary tribute to a fallen racer and, unfortunately, is the high point of the series.

Managing to get through this period of the season, Episode 5 returns to the less focused and distracted feel of the first three episodes as Nyck de Vries wraps up the championship in Abu Dhabi and promptly departs for Formula E. There’s some more emotional moments as Nicholas Latifi dissolves into tears after getting the call up to F1 and a sad Luca Ghiotto suddenly says he’s leaving Formula 2. It’s not explained on-screen, but Ghiotto has chosen to swap to WEC for next season as his single-seater opportunities dried up – a stark reminder that there’s not necessarily a perfect ending for the protagonists of the show.

While Formula 2 is usually a boisterous, raucous and fun championship to watch as young and (sometimes) desperate drivers fight it out without the precise perfection of Formula 1, Chasing the Dream presents F2 in a sterile and morose light. There’s nothing upbeat about the presentation of the sport, and instead it labours along instilling a sense of melancholy that it never manages to escape from. Overall, the show is a relatively interesting way to while away two and a half hours but it’s a show that is weighed down by the required dignity needed for the Hubert episode, and the series suffers as a whole as a result.