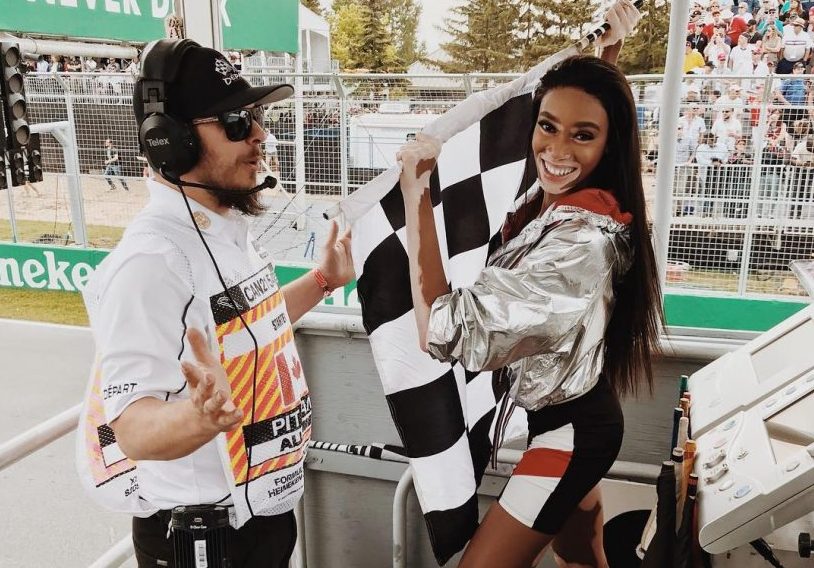 Canadian Grand Prix – The model who was given the task of waving the chequered flag to end the race in Montreal says she was told when to hold the flag out.

Model Winnie Harlow, who was in attendance at the race as part of Lewis Hamilton’s entourage, was brought up into the race control gantry in the final laps, having been asked to wave the chequered flag to conclude the race.

However, with drivers passing under the gantry to start Lap 70, they were confused to see the flag being waved one lap too early. Sebastian Vettel, still in the first sector of the track on his final lap, radioed in to request that the race officials don’t wave the flag too early.

While Harlow’s error has caused some controversy on social media, she is not to blame for the incident as she says she was told when to wave the flag. Indeed, watching the footage of her waving the flag, it’s obvious that the officials in the gantry with her are making no attempt to stop her.

While the error had no serious repercussions in terms of the final result, the potential for it to have done so was there. The regulations, outlined below, mean that the race officially ended at the end of Lap 68.

“Should for any reason the end-of-race signal be given before the leading car completes the scheduled number of laps, or the prescribed time has been completed, the race will be deemed to have finished when the leading car last crossed the [finishing] line before the signal was given.” FIA Sporting Regulations, Article 43.2

As a result of the error, the final lap becomes obsolete. This means Daniel Ricciardo’s fastest lap of the race doesn’t count, as he set it on Lap 69. It also results in Sergio Perez remaining in P14, due to moving up to P13 on Lap 69.

Harlow, taking to Instagram, made it clear that she felt she was not to blame for the incident.