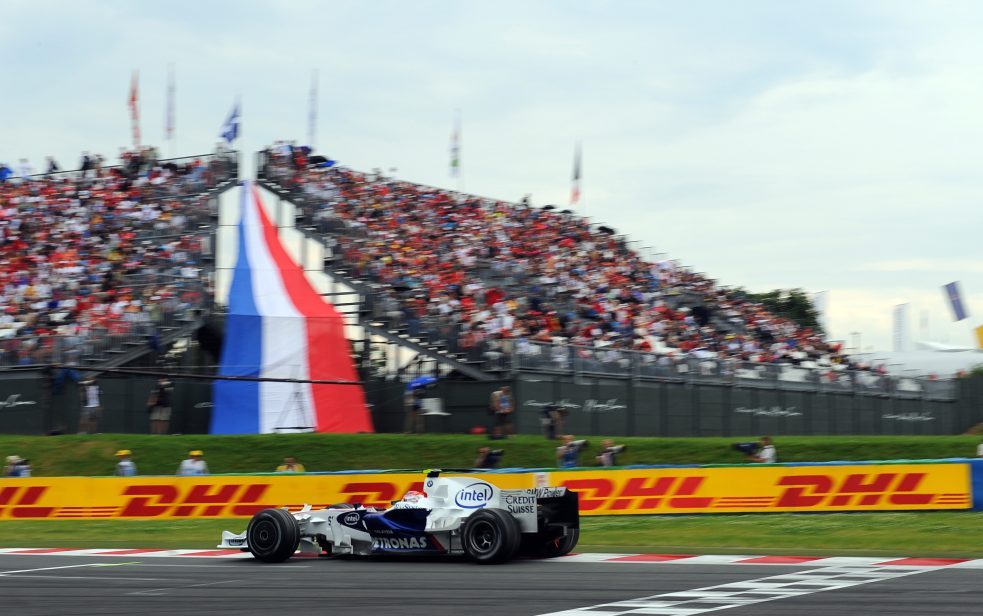 Classic F1: What happened at the last French Grand Prix?

Classic F1: What happened at the last French Grand Prix?

The previous French Grand Prix took place in the June of the 2008 season, a year that was predominantly contested by the two oldest teams on the grid, Ferrari and McLaren, with BMW Sauber emerging as dark horses in both championships.

Ferrari’s reigning champion Kimi Raikkonen was struggling to assert dominance over his deputy-turned-championship-challenger team-mate Felipe Massa, whilst Lewis Hamilton’s was McLaren’s main man after the departure of Fernando Alonso to Renault.

Robert Kubica threw his name into the hat of championship contenders by taking the lead of the drivers’ championship with his first Formula One win at the previous round in Canada, a race which would have a knock-on effect into the French Grand Prix.

Hamilton’s clumsy pit lane crash into Raikkonen in Montreal resulted in the Briton being handed a ten-place grid penalty for the race at the Magny Cours circuit. Nico Rosberg’s absent-mindedness in the same crash yielded the same result for the then-Williams driver.

Qualifying went exactly to plan for Ferrari; they locked out the front-row with Raikkonen taking pole and Massa second, whilst Hamilton’s ten-place grid penalty dropped him from third to thirteenth, and the second McLaren of Heikki Kovalainen was dropped to tenth after blocking Red Bull’s Mark Webber in qualifying. This resulted in Alonso lining up third with Toyota’s Jarno Trulli in fourth ahead of Kubica.

With the race starting in dry but overcast conditions, the Ferraris got away in grid order, whilst Trulli leapfrogged Alonso into third. The McLaren’s made early progress, with Kovalainen and Hamilton up to ninth and tenth respectively.

Hamilton had been allowed to pass his team-mate for ninth, but his early work was to be undone by a drive-through penalty. He was adjudged to have gained an advantage by leaving the track whilst completing an overtake on Toro Rosso’s Sebastian Vettel at the fast Nurburgring chicane.

The penalty dropped Hamilton down the order, leaving Kovalainen as McLaren’s main front-runner for the afternoon.

Following the first phase of pit stops Raikkonen, who had built up a several second lead over Massa, began to suffer from a lack of power in the Ferrari.

It soon became clear that a damaged exhaust – which was fluttering about on his car – was causing the drop in performance, and the Finn yielded the lead to Massa half-way through the race.

Kovalainen overtook Renault’s Nelson Piquet and Webber and, with a strong middle stint to his race, emerged ahead of Kubica to hold fourth place after his final pit stop. He now set about chasing down Trulli for third. A late-race drizzling of rain threatened to affect the race, but the there was minimal intensity to the shower.

Up front, Raikkonen’s problem had stabilised somewhat, but the lack of power ensured Massa cruised to his third victory of the season, eighteen seconds ahead of Raikkonen.

Raikkonen was a further eighteen seconds behind, whilst a late-race overtaking attempt from Kovalainen resulted in the Finn running wide at the Nurburgring chicane and allowing Trulli to keep his third place on the podium, Toyota’s first of the season.

The win gave Massa a two-point lead over Robert Kubica in the drivers’ standings, whilst Ferrari extended their constructors’ championship lead over BMW Sauber to seventeen points.