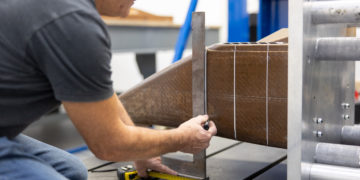 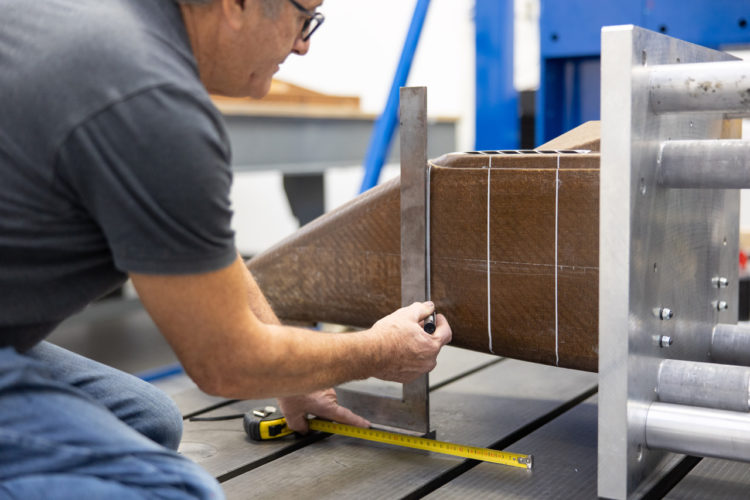 Two companies have been working together to develop a modern, sustainable alternative to carbon fibre structures, with the first proofs of concept completed. While carbon fibre remains at the forefont of motorsport structural engineering, thanks to its phenomonal strength and malleability for shaping into the various shapes and sizes needed for racing components, a new alternative could be in the pipeline in the not too distant future.

Flax fibres, also known as linseed, have been eyed up as a potential candidate for such applications, with McLaren already after developing racing seats with BCOMP that were used during pre-season testing. Flax fibres are lighter than their carbon fibre equivalent, offer better vibration damping than carbon fibre, as well as representing a significantly lower carbon fibre footprint (75% lower in the case of the racing seat). This is thanks to flax being a renewable, CO2 neutral resource. As it’s biodegradable, it can be easily disposed of or ground down to a raw material again to be re-used as desired. Also importantly for motorsport applications is the fact that it doesn’t splinter or shard in the same way carbon fibre does, meaning considerably less danger for drivers on track who usually have to avoid shattered carbon fibre like the plague.

The crash structure tested was designed by YCOM and used flax fibres, known as ampliTex, from BCOMP, and was carried out at the Politecnico of Milan – an FIA-approved test house. The results of the crash deformation were ‘in line’ with a traditional carbon fibre structure. The test proved that flax fibre could produce the desired, equally distributed forces across its structure.

“It was a completely standard FIA crash test procedure, and the crash performed like the equivalent in carbon, as calculated by YCOM.” said YCOM Managing Director Nicola Scimeca after the successful test. “The level of deceleration and energy absorption is scalable and comparable to a Formula 3 test.”

However, there is still a hurdle to clear before flax fibres could represent a like-for-like replacement. While flax by itself is lighter than the equivalent carbon fibre, the amount of it required to achieve the same levels of strength mean there is a relatively sizeable weight disadvantage. While the crash structure tested passed the test, its total weight was 40% more than the amount of carbon fibre needed for the same results. Despite this weight disadvantage, the structure still represented a total drop of 50% in terms of CO2 emissions.

However, flax fibres are only beginning to become the focus of engineering companies like BCOMP and YCOM. Carbon fibre has been used in Formula 1 for 40 years, with the infamous McLaren MP4/1 being the first monocoque to be made of the material.

Scimeca pointed out that flax fibre is only at the very beginning of a very promising engineering development path: “20 years ago, carbon fibre crash boxes were probably 40% heavier than what we have now. We have gone through years of development and investment on materials, process and applications.”

“With these natural fibres, we are at the early days of the technology and it needs development and investment, as it has been done with the carbon fibre, in order to increase its performance.”

Scimeca couldn’t say what the opportunites are in terms of what these natural fibres could be capable of in 15 years time but “the certainty we have is that natural fibres are more sustainable and we have to take this challenge for our future.”

What is interesting is the fact that the two companies have now proven that a suitably strong crash structure can be made from the material. Is there any potential timeline on how long it could be before we see such structures being run in an FIA series?

“Today, as this project demonstrated it, we know that it’s possible, it’s feasible.” concluded Scimeca. “We are ready to design and manufacture a crash box which is compliant to any FIA regulation from F4 to F1, from LMP to DTM. This will come with weight and stiffness penalty, but it is now technically possible to do it.”

It’s an exciting time to be involved in the area of developing this technology. With Formula 1 about to set off on a whole new budget-restricted era of regulations from 2022, reducing raw material costs, as well as their own carbon footprint, will be ever more crucial. Using the likes of flax fibres to build tools, moulds and even some light bodywork could happen in the immediate short-term.

“With the introduction of the budget cap, the cost of materials is going to be a big focus and the use of natural fibre composites has the potential to help in this area,” says McLaren Technical Director James Key. “We’re working with Bcomp to confirm that natural fibre composites are a viable, sustainable and economical substitute for carbon fibre in some applications, both on and off the car.”

“Looking outside the sport to find new technologies is a crucial driver of innovation that can deliver unique competitive advantages. Through the experience gained this season, we’ll have learnt more about sustainable composite materials and the potential for their application in the future.”

BCOMP founder Christian Fischer explained “Where we see significant potential is in the non-critical, semi-structural areas of the car, such as the driver’s seat, as well as off the car. When used intelligently, the flax fibres reduce weight and cost, while maintaining and, in some cases, even improving performance. There are a range of possible applications beyond the car itself, including pit gear, truck panels, packing cases, timing stands and mould tools.”