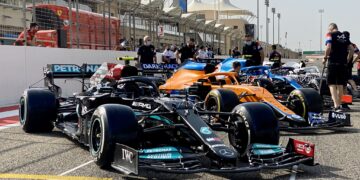 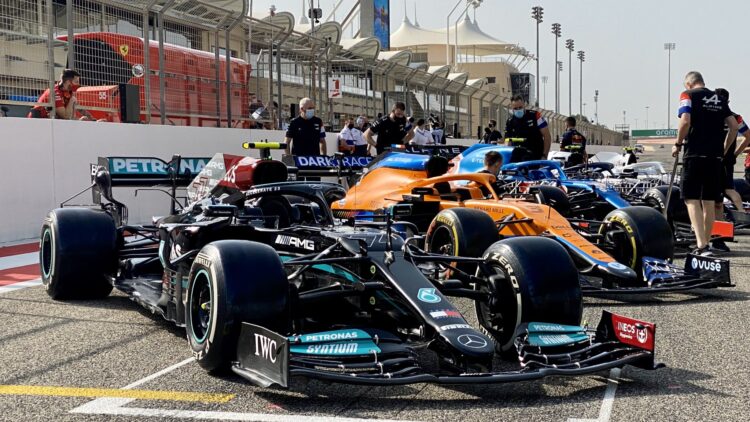 Formula 1’s 2021 season has just begun, so what’s changed since the 2020 World Championship?F1 is a top-rated event held in lots of different places around the world.

The F1 calendar has now been released, with a total of twenty-three races. This includes the
inaugural Saudi Arabian Grand Prix, albeit in a slightly different format this year, unveiled
digitally.

Perhaps some of the most notable things happening this year include the pushing back of
Australia and China’s postponing from their April position. Not to mention new additions such
as Imola. It will be interesting to see what the third round has in store when that is released.

So far, there have been three test sessions over twelve days. This year, the event won&#39;t take
place in Barcelona. Instead, taking place at the Bahrain International Circuit, where it&#39;s their
first pre-season test for seven years.

This will take place two weeks before the actual season-opening occurs at the desert venue
between the 12th and 14th March.

F1 is a top-rated event held in lots of different places around the world.

The F1 calendar has now been released, with a total of twenty-three races. This includes the
inaugural Saudi Arabian Grand Prix, albeit in a slightly different format this year, unveiled
digitally.

Perhaps some of the most notable things happening this year include the pushing back of
Australia and China’s postponing from their April position. Not to mention new additions such
as Imola, and the return of Portugal.

What Will Happen During the Main Event?

A significant change to this year’s events is that last year’s chassis will be re-used as part of
a cost-saving measure. Otherwise, events will kick off as usual on February 15th with
McLaren driving his Mercedes MCL35M.

2 events will also occur online for Ferrari, who will split their pre-season promotion, while
Aston Martin and Alpine will be re-launching.

The Mercedes team consists of Lewis Hamilton and Valtteri Bottas, who has a brand-new
contract in view of beating the 8th world title this year. Valtteri Bottas agreed on a one-year
extension in August, staying on for the 5th campaign. Still, both drivers remain on single
season deals.

Max Verstappen and Sergio Perez will both be driving Honda engines in Red Bull. At the same time, Red Bull have now branched out from the trusted driver development program, saving Sergio Perez from another year on the sidelines.

With experience in both Racing Point and Force India and a previous F1 win, he’s relished the challenge to work with an established team leader, Verstappen. Additionally, this is Honda’s last year in the F1 before they are taken over by a Japanese manufacturer next year.

Daniel Ricciardo and Lando Norris will be driving for McLaren in their Mercedes engines. Ricciardo, in particular, is a proven winner. At the same time, young 21-year-old Lando Norris has achieved an impressive first two years of his career against Carlos Sainz, a former teammate.

For Aston Martin, Sebastian Vettel and Lance Stroll will be driving this year in their Mercedes. After a successful rebrand, the pair are into their third consecutive season.

Fernando Alonso and Esteban Ocon will be driving their Renaults as part of Alpine this year. Despite spending two years away from the competition, they’re back and ready to complete their third appearance at Enstone with a new rebrand to boot. Despite a somewhat challenging year, Esteban will continue to be a capable teammate.

Ferrari will be headed up this year by Charles Leclerc and Carlos Sainz. Perhaps not considered world-class in the Erraris line up the last couple of times, they are two outstanding drivers for the F1 now. Over the past two seasons, Vettel has been overtaken the past two seasons at Scuderia. Sainz is considered a swift performer as well.

AlphaTauri drivers this year include Pierre Gasly and Yuki Tsunoda, driving their Honda’s. In last year’s test outings, they produced impressive results. Thanks to re-establishing their careers in 2019, they’ve now become some of the most consistent drivers in F1.

In the Alfa Romeo category, it’s Kimi Raikkonen and Antonio Giovinazzi, both driving Ferrari’s. Keeping their original lineup, their use of good experience, ranging back to 2007, they have constantly improved over the years. They’re still trying to become even more competitive after a challenging year last year.

Nikita Mazepin and Mick Schumacher will be part of Haas, driving their Ferrari’s. They’ve both gained much experience in Grand Prix races. Thanks to an overhaul of the rules, both have been paired together for a rookie combination.

The final two are George Russell and Nicholas Latifi, both driving Mercedes within the Williams category. Russell will be taking the lead as he goes into his third and final year in his contract. Latifi will still be there for the second term.

Who is Likely to do Well This Season?

In terms of the Driver’s Championships, the ones to watch are Lewis Hamilton (1/2), followed by Max Verstappen (12/5) and finally Valtteri Bottas (14/1).

How popular is F1 across the world?

F1 is well-known across the world as a global event. It is growing in popularity in the West, with the F1 and the States having plans to improve the presence in the market.
Thanks to the calendar’s shakeup last year, this also helped create new interest in the event. New projects are being planned for Miami and eventually, even Indianapolis could host a circuit.

Something else which is helping F1 to become more prevalent in the US is the increase in sports betting legislation being passed. This has allowed more residents in states like Virginia, New Jersey, Pennsylvania, and several others to place a bet on the event and become more involved with the race.

The US is set to host the 2021 Grand Prix on 24th October in the Circuit of the Americans in Austin, Texas.

Final Things to Know About F1

The F1 is a popular racing event held in lots of different locations across the world.