Lewis Hamilton ‘overcome with rage’ by US racism injustice

Dixon: Nighttime transition with Aeroscreen could be an issue

An ordinance vote amongst County Commissioners regarding the Formula 1 Miami Grand Prix has been deferred to be held in early February.

A local government vote regarding zoning ordinance for the Hard Rock Stadium’s permitted uses has been pushed out to be held on February 4th.

A meeting of Miami-Dade’s County Commissioners was held on Wednesday in Miami, where District Commissioner Barbara Jordan presented the ordinance vote but requested a deferral until February 4th. This was in light of Formula 1 and the Miami Dolphins releasing a new proposed layout of the circuit which no longer uses any of 199th Street – one of the contentious issues which residents in Miami Gardens had protested about.

The Miami Grand Prix at the Hard Rock Stadium has been agreed at a commercial level between the Miami Dolphins and Formula 1, and would be for a May slot for ten years starting in 2021.

Jordan’s proposed ordinance would remove ‘auto racing’ from permitted uses of the Hard Rock Stadium, unless a special exception is approved at municipal level with the city of Miami Gardens and after public hearings before returning to the County Commissioners.

A representative for F1 and the Miami Dolphins encouraged the commission to carry out the vote on Wednesday, saying that they have addressed all concerns raised by local residents regarding the hours of operation for the racing, as well as closure of 199th Street. He claimed that a further two week delay would ‘allow for opponents to come forward with further ‘false’ information that causes problems’, and expressed concerns that F1 might stop trying to press ahead due to further delays.

However, he wasn’t able to sway the board sufficiently in order to make the vote happen there and then, with the Commissioners voting 7-5 in favour of deferral until February 4th – Commissioner Jordan had sought to push it out until March.

Commissioners Rebecca Sosa, Joe Martinez, Dennis Moss, Esteban Bovo, Jean Monestime, Daniella Cava, Eileen Higgins and Jose Diaz all spoke at the meeting and were largely supportive of the Miami Grand Prix going ahead but were agreeable to Chairperson Audrey Edmonson’s proposal to defer the crucial vote. Commissioner Moss raised the possibility of the race being held at nearby Homestead Raceway, but also indicated the financial impracticalities of this happening.

Mayor Carlos Giminez, who has been supportive of the Miami Grand Prix from the start, said: “If Formula 1 wants to be in Miami, it’ll be at the Hard Rock Stadium – not at Homestead or anywhere else. It takes 18 months to two years to build a track so, if we defer this, or pass this ordinance, we can pretty safely say Formula 1 is not coming to Miami. We’d have another process where it goes to the city of Miami Gardens before it comes back over here and that takes months and months. They wouldn’t be able to build the track for a 2021 race and they’re not going to wait for 2022.”

Following the vote for deferral, the Miami Dolphins representative accepted the result and agreed that Formula 1 and the Dolphins would meet with local residents from Miami Gardens to hear their grievances, but did say that, to this point, they have met with a stone wall regarding the race that simply said “We don’t want it”. 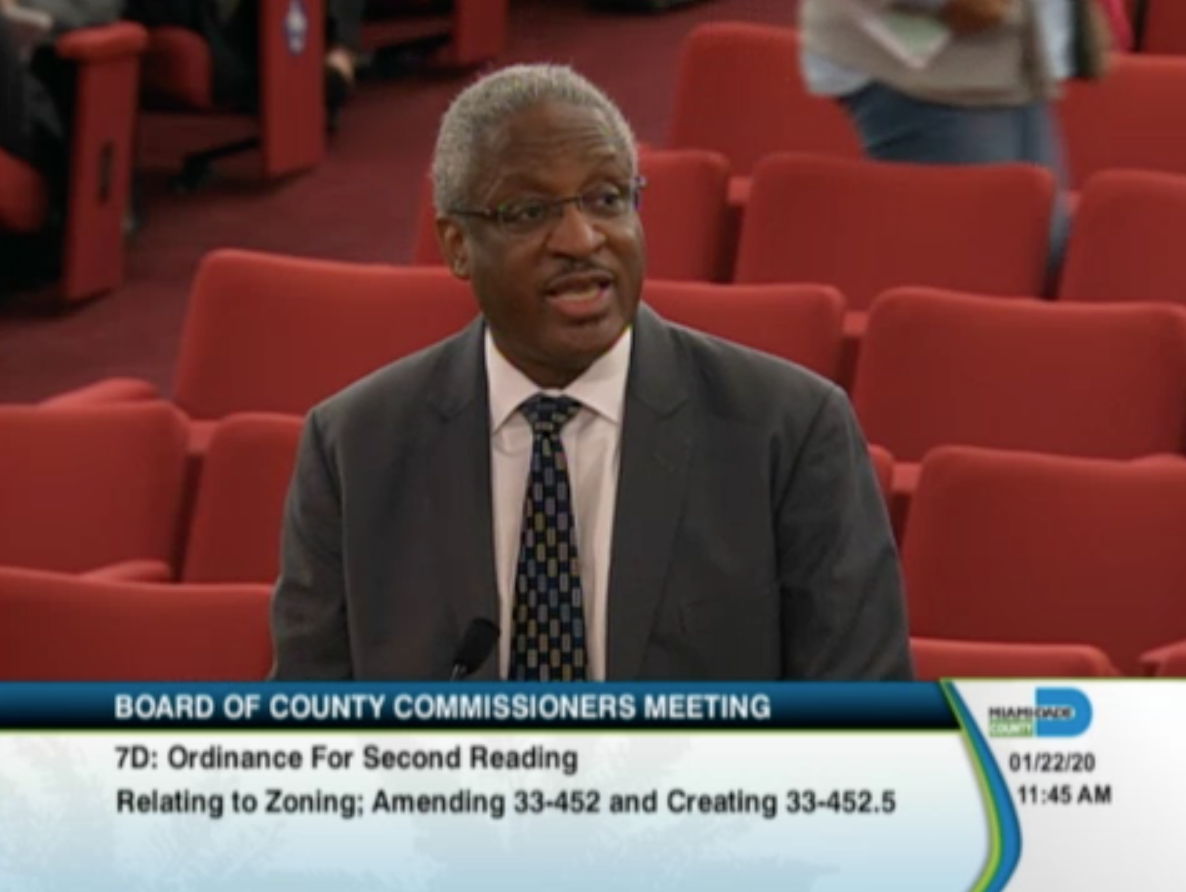