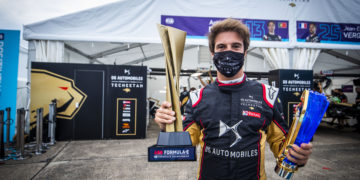 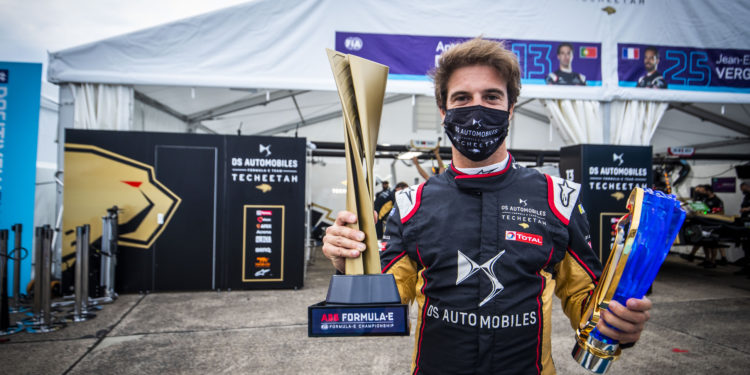 Formula E Champion Antonio Felix da Costa is apparently in talks to make an on-track appearance at the Portuguese Grand Prix this October.

According to The Race, da Costa’s team have been in conversation with at least two teams to see the new Formula E Champion participate in the Portuguese event, but whether the push is for a full drive for the weekend or a free practice outing, hasn’t been disclosed.

The Techeetah driver would be only the sixth Portuguese to make a Formula One appearance with the most recent being Tiago Montiero, driving for Jordan Grand Prix and the Spyker MF1 team in 2005/2006, who also now works with da Costa as his manager.

The Grand Prix, which is scheduled for the 23rd to 25th of October, will see Formula One return to Portugal for the first time since 1996. F1 had raced in Portugal during the 50s and 60s but prior to the thirteen year stint at the Autodromo do Estoril from ‘84 to ‘96, the country had only held three races which counted as part of the Championship.

This year’s race will be held at the Autodromo Internacional do Algarve, also known as the Portimao Circuit, which was opened in 2008 and has seen some Formula One action previously as it has hosted some test days.

Da Costa himself has prior F1 experience, he made appearances at the Young Drivers’ test in both 2010 and 2012 for Force India and Red Bull Racing respectively, as well as spending four years as part of the Red Bull junior driver program.

After winning his first Formula E Championship for DS Techeetah last month and being awarded Commander of the Order of Merit by the President of Portugal yesterday, a Grand Prix appearance at his home race would be a great way to celebrate his year’s achievements.

BIG day today for @afelixdacosta as he was awarded the degree of Commander of the Order of Merit by Portuguese President Marcelo Rebelo de Sousa 🏅😍 pic.twitter.com/gyF7NUCVTG