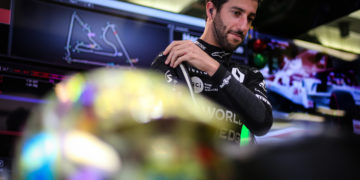 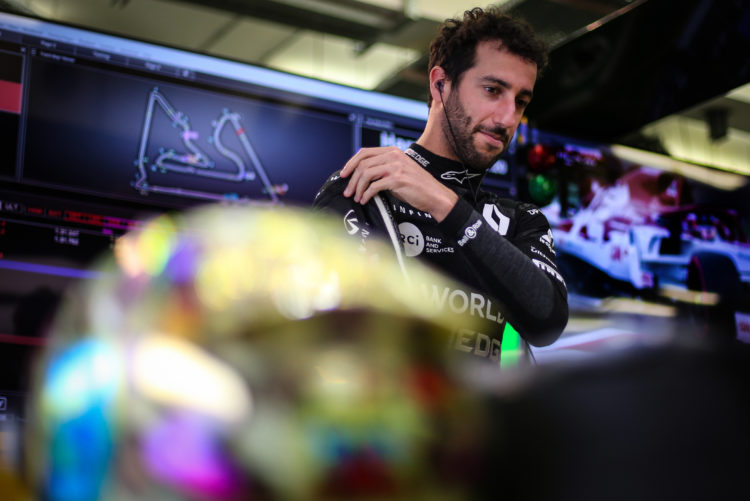 Bahrain Grand Prix – Renault’s Daniel Ricciardo says he was very unhappy with F1’s handling of showing replays of Romain Grosjean’s crash in the wait to restart the race.

Following on from Romain Grosjean’s horrific accident at the start of the Bahrain Grand Prix, the race was red-flagged for an hour to enable repairs to the barriers to be carried out. With Grosjean extricated safely from the car and largely unhurt in the accident, replays of the crash were shown on the TV feed with the entirety of the paddock shown multiple angles of the scary crash from multiple angles.

It’s caused a massive debate on social media too – with many of the opinion that the replays shouldn’t be shown due to their distressing nature, even if the outcome was known and favourable at the time of broadcast.

One driver let his feelings be known on the matter: Daniel Ricciardo. The Australian was furious after the race, lambasting the decision to play the replays while drivers were trying to focus on the restart.

“I’m firstly happy that that he’s OK from it, from what I saw,” Ricciardo told Sky Sports F1. “But I’m disgusted and disappointed with Formula 1 for showing or choosing the way to show it as they did, and broadcast replays after replays after replays of the fire and his car split in half. And then, like that’s not enough, they go to his onboard.”

A heart-stopping moment on Lap 1 in Bahrain

Ricciardo said the replays could have waited until after the race, or once the emotion of the day had passed: “We’re lucky he’s here but it could have been a different story and to show it like it’s something from Hollywood, it’s not cool. Choose to do that tomorrow, but not today.”

Got a fair bit of backlash for saying I don't a problem with replays being displayed once the outcome of crash was known, and favourable. So what do you think? Would you prefer not to see replays if a crash is regarded as graphic/distressing, regardless of outcome? #F1 #BahrainGP