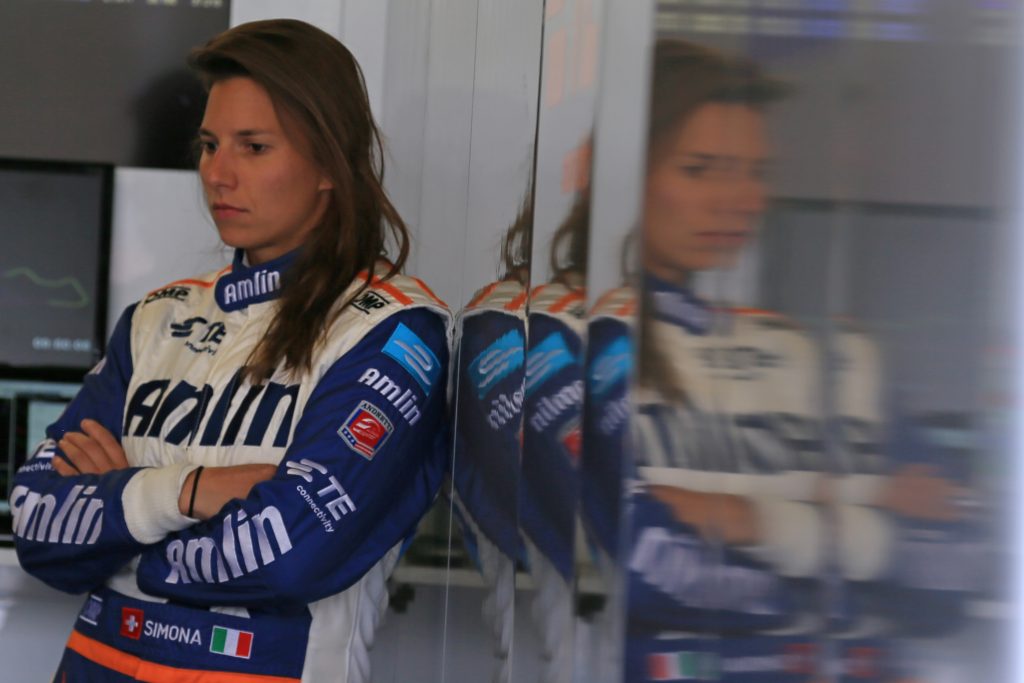 Ad Diriyah ePrix – Veteran racing driver Simona De Silvestro has signed up as an ambassador for the ABB Formula E Championship, as well as signing a testing deal with Venturi.

30 year old Simona De Silvestro, former IndyCar racer and F1 development driver with Sauber, has become an ambassador for ABB, the title sponsor and electrical charging infrastructure supplier for the series. Along with fellow Swiss racer Sebastien Buemi, De Silvestro is set to showcase and promote ABB’s work in the areas of e-mobility and diversity. Along with this ambassadorial role, she has signed a deal to carry out testing work with the Venturi team.

She has raced in Formula E before, taking part in 12 races across the 2014-2016 seasons with the Andretti team and taking two points finishes at the Long Beach and Berlin ePrixs in the 2015/2016 season.

“I’m delighted to be part of such an exciting partnership with ABB and Formula E,” said De Silvestro,
“particularly as the Championship is growing in strength every year. Its values relating to
sustainability and mobility, among many others, are such important topics for all of us and I’m proud
to be able to contribute to their shared mission.”

Gender roles within motorsport are very much in the spotlight at the moment, particularly in light of the announcement of the all-new female-only racing category ‘W Series’ which kicks off in 2019. De Silvestro’s former IndyCar colleague Pippa Mann has been very vocal in her denouncement of the series, and Simona said she feels the same way: “Gender doesn’t matter when you’re doing 225 km/h into a turn.”

Formula E will host an in-season test at the Ad Diriyah circuit next week, with quite a few female drivers scheduled to take part.

Frank Muehlon, Head of ABB’s Global Electric Vehicle Charging Infrastructure, said. “We are delighted
to welcome Simona De Silvestro as a new ABB ambassador of Formula E. As a seasoned racing driver
in several motorsports, she is an ideal person to champion the power and potential of e-mobility. In
season 5, with her support, ABB will continue to push the boundaries of e-mobility as part of our
commitment to run the world without consuming the earth.”