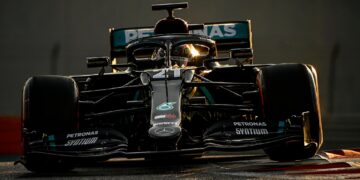 De Vries quickest in day one of Abu Dhabi test

De Vries quickest in day one of Abu Dhabi test 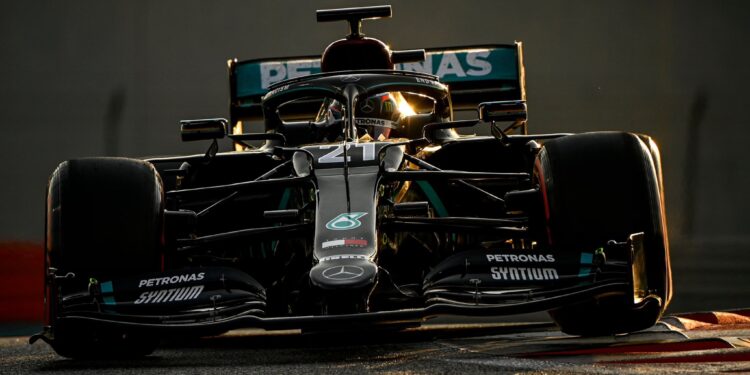 Formula E champion Nyck de Vries has set the pace on the opening day of the Formula 1 young driver and Pirelli tyre test at Abu Dhabi on Tuesday.

The chequered flag may have been flown for a final time in the 2021 Formula 1 season, but the Yas Marina circuit in Abu Dhabi saw plenty of F1 action just days after Red Bull’s Max Verstappen was crowned 2021 World Champion.

Click here to view the full times from Tuesday’s test

In a combined test which saw teams give their development drivers a bite of the cherry, as well as allowing the grid to assess the new 18 inch wheels for next season, the Formula E winner driving the championship winning Mercedes W12 was quickest of all. The Dutch driver posted the quickest lap time of a 1:23.194 in the closing stages of the days’ running around the redeveloped Yas Marina Circuit.

Further back, Red Bull junior driver Liam Lawson got a taste of Formula 1 action in the AlphaTauri. The New Zealand star was 1.3 seconds slower than the benchmark set by De Vries. Newly-crowned Formula 2 champion Oscar Piastri set the third fastest time in the Alpine – just 0.06 seconds off Lawson.

IndyCar ace Patricio O’Ward was in fourth for McLaren claiming his prize for his first win the series with Arrow McLaren. F1-bound Guanyu Zhou was in fifth for Alfa Romeo whom he will race with for the 2022 season. Juri Vips was sixth in the Red Bull, but brought out the red flags in the afternoon when the Estonian driver crashed at Turn 14.

Nick Yelloly was in seventh for Aston Martin whilst Daniel Ricciardo set the eighth fastest time driving the McLaren mule car to assess the 18 inch Pirelli tyres. Lance Stroll was in ninth for Aston Martin, also in the mule car, and completing the most laps of any 2021 driver with 143. Robert Shwartzman set the 10th fastest time for Ferrari with Antonio Fuoco also piloting the SF21 in 13th place. Current Ferrari driver Charles Leclerc set the 11th fast time in the Ferrari mule car trialling Pirelli’s new rubber.

2022 Alfa Romeo driver Valtteri Bottas was in 12th, however the Finn was spotted wearing plain white overalls whilst still under contract with Mercedes. Yuki Tsunoda was in 14th in his AlphaTauri mule car, with Logan Sargeant in 15th for Williams. Due to Williams not having a mule car, the British squad will not be able to take part in Wednesday’s running.

Esteban Ocon was in 16th for Alpine ahead of World Champion Verstappen in his Red Bull mule car. Mercedes-bound George Russell was in 18th whilst Mick Schumacher rounded out the field for Haas.