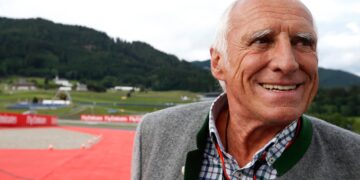 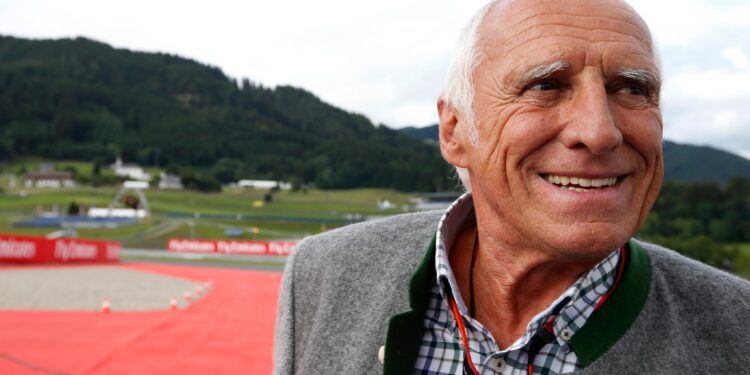 It was announced just before qualifying in Austin that Red Bull’s co-founder and owner, Dietrich Mateschitz, had died at age 78.

Mateschitz created Red Bull in the mid-80s when he discovered an energy drink in Thailand and teamed up with the creator of it, Chaleo Yoovidhya, to bring it to a European and then worldwide market. The two called the company Red Bull as the original drink, Krating Daeng, meant red bull in Thai.

The company has been involved with motorsport since almost before its official creation, with Mateschitz organising to sponsor Gerhard Berger, and then in the mid-90s they became the title sponsor for the Sauber team before buying out the Jaguar team at the end of 2004 to create the Red Bull Racing team.

A year later Red Bull had also bought out the Minardi team to create Scuderia Toro Rosso, now Scuderia AlphaTauri, which for the first few years was jointly owned by Mateschitz and Berger. Toro Rosso was set up as a testing ground for the young drivers that Red Bull had been sponsoring.

When Red Bull joined the F1 paddock they were seen as the party team and would be the ones to promote movies, especially in Monaco, which led to David Coulthard sporting a cape to celebrate the team’s first podium in the Principality in 2006 when they teamed up to promote Superman Returns.

The Red Bull team took a P3 in both of the following two seasons but it was the junior team, Toro Rosso, who were the first to take pole and taste victory when Sebastian Vettel conquered a wet Monza circuit.

2009 saw Red Bull join the title fight and become regulars on the podium but 2010 was the start of the Red Bull era which saw the team and Vettel win both world championships for four years running.

The Austrian team weren’t able to reach those highs again during the turbo-hybrid era but 2021 saw the drivers’ championship trophy back in Red Bull hands with Max Verstappen winning at the final round before dominating in 2022 to take the drivers’ title with four races to go while the 2022 constructors’ title is all but wrapped up too.

Mateschitz was not seen in the F1 paddock too often over the years but was a well respected member anyhow, a fact that is easily seen with the outpouring of condolences on all forms of media following the news of his passing.

“It’s very, very sad,” Red Bull Team Principal, Christian Horner, told Sky Sports F1. “What a great man. What he achieved and what he’s done for so many people around the world, across different sports, is second to none.

“So many of us have to be so grateful to him for the opportunities he’s provided and the vision he had, the strength of character [he had], and never being afraid to follow dreams, and chase dreams. That’s what he did here in F1, proving that you can make a difference.

Formula 1’s CEO and President, Stefano Domenicali, gave his condolences to Mateschitz’ family and all in the Red Bull teams: “I am deeply saddened by the news that Dietrich Mateschitz, a hugely respected and much-loved member of the Formula 1 family has passed away.

“He was an incredible visionary entrepreneur and a man who helped to transform our sport and created the Red Bull brand that is known all around the world.

“I will miss him greatly, as will the whole community in Formula 1, and our thoughts and prayers are with his family, friends, and the Red Bull and AlphaTauri teams at this very sad time.”

FIA President, Mohammed Ben Sulayem added that: “I am deeply saddened to hear the news that Dietrich Mateschitz has passed away. He was a towering figure in motor sport and with Red Bull not only established two hugely successful Formula 1 teams but also supported motor sport of every kind and helped the careers of countless young drivers through Red Bull’s junior programmes.

“The thoughts of all the FIA family are with his loved ones at this time and he will be greatly missed.”