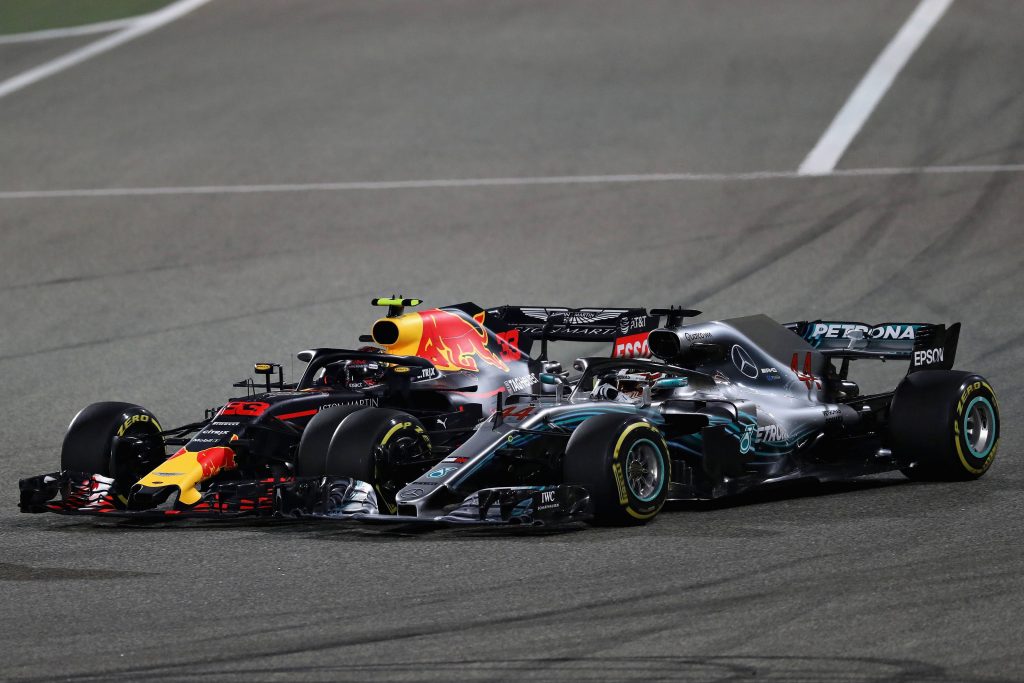 Daniel Ricciardo started from P4 but retired on Lap 3 when his car just switched off, a problem he says might have been caused by the battery: “Coming in to turn eight I lost all power, everything switched off without warning and I couldn’t do anything. I guess it’s an electrical engine issue, maybe battery related but I don’t know exactly yet.

“Obviously, everyone in the team is so disappointed as we genuinely felt like we had a good car today. The weekend was going pretty good for us and I really believe our race car was even better. I know I only did one lap but I could already see Kimi sliding on the rear tyres.

“I really felt like we were going to be in with a good chance which makes it even more frustrating. Being out so early in a race is just the worst feeling; especially when it’s a night race and you are up all day waiting for those two hours and after two minutes it’s over. I get really fired up for Sundays so now I’ve got two hours of adrenaline stored up inside me and I don’t know what to do with it. This sport can rip your heart out, it’s brutal sometimes.”

Max Verstappen had started from P15 due to his qualifying crash, and had worked his way up to P11 by Lap 3. Battling Lewis Hamilton’s Mercedes for the final points spot into Turn 1, the pair made contact. Hamilton’s wing brushed against Verstappen’s left rear tyre and resulted in a catastrophic puncture, meaning the Dutch driver had to trundle back on three wheels for an entire lap while Virtual Safety Car conditions were deployed. While he made it back and changed tyres, he was a long way behind and the team told him to retire the car:

“Due to the hit with Lewis we sustained some more severe damage than just the puncture, we haven’t had a chance to look at the car yet but we suspect the differential. From the start I was enjoying the feel of the car and finding the gaps and it was shaping up to be an exciting race.

“I had a good tow on the straight, the last corner was really good so it allowed me to stay close to Lewis. We got a bit squeezed but from the middle to the end of the corner I was ahead, I then felt a nudge from behind and could feel the puncture and therefore knew the race was likely over.

“In my opinion there was plenty of room for the both of us to go around that corner and to say ‘no action taken’ is a bit harsh as I am now out of the race due to that contact on my left rear. If it was the other way around I’m sure he would want it looked into.”

Team bosses Christian Horner and Adrian Newey were seen on TV grimacing as their cars both suffered within a lap of each other, with Horner explaining the race from the team’s perspective afterwards: “A brutally harsh race for us today. After an average start Daniel managed to move back up into P4 and was catching Kimi quite quickly. But then a complete electrical shutdown with a suspected failure to the energy store brought a premature end to his race.

“While Max made great progress in the first couple of laps, he was right on Lewis’ gearbox and lined up a pass into turn one and unfortunately contact on the exit of the corner gave Max a puncture and the resulting damage, and that sustained to the transmission driving back to the pits, ultimately caused his retirement.

“Both cars retiring within two laps is extremely disappointing particularly when we had a race car today that was capable of challenging Ferrari and Mercedes. Thankfully the next race is only one week away and congratulations to Toro Rosso on a fantastic race result.”