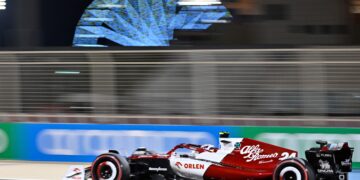 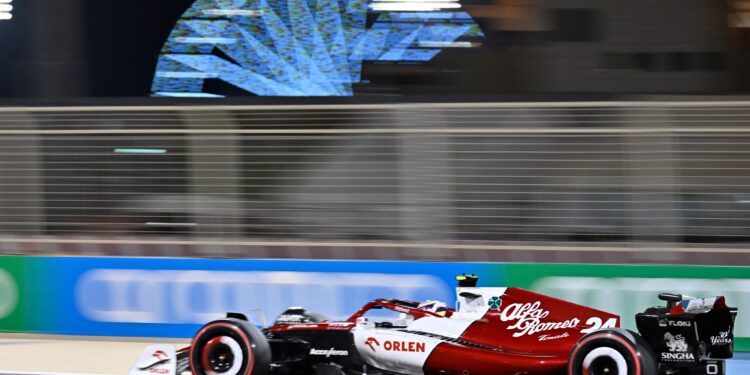 Bahrain Grand Prix – Alfa Romeo started their new season off well with both Valtteri Bottas and Zhou Guanyu finishing in the points.

After a great qualifying, Alfa Romeo were looking forward to fighting those around them and hopefully making up places at the start, Bottas especially was interested in potentially battling with his old teammate, Lewis Hamilton, who was starting just one place ahead of him.

Unfortunately both Bottas and Zhou had less than ideal starts dropping them from P6 to P14 and P15 to P19 respectively over the course of the first lap. For the Finn, the issue was wheelspin off the grid, and while he did benefit from the retirements in the latter stages of the race, he was very happy with the pace of the car.

“The start was definitely the weak point of the race and a bit of a disaster,” Bottas said. “Just massive wheelspin off the line. Pretty much cooked the rear tyres and then I was like a sitting duck for the first lap. Something to learn, something to look into, but then when things stabilised actually I think it was a good recovery, good strategy, and a smooth race.

“It is a great way to start the season. There are still things to improve, of course, but we’re just at the first race of the year. Our priority was reliability and I am happy we could finish with both cars as the speed is there. Everyone did a good job and we are going in the right direction.”

As the only rookie on the F1 grid this year, Zhou, acquitted himself very well in his debut weekend. After ticking off Q2 in his to-do list for year on Saturday, the Chinese driver’s car went into anti stall at the first corner, dropping him to the back but that just lit a fire under him. Zhou pulled off some great overtakes through the race, even getting to pass Hamilton for position briefly after the Mercedes driver’s first stop, to put himself in a place to benefit from the Red Bull issues and get to tick off points from his list.

“It’s amazing, I’m so speechless,” said Zhou. “It was an emotional race, so intense, not physically but mentally. And to be scoring my first ever Formula 1 points in my debut is something I would only have dreamed of one year ago or two weeks ago.

“I had an issue at the start, the car went into anti-stall at turn one and then I knew I would have to do something special to recover to the top 10. I pushed a lot, caught up with Valtteri and then lost track position again when the Safety Car came out, before climbing back to P10, such a rollercoaster.

“I’m just so happy, so proud of the team behind me, proud of my team mate, we worked so hard together to maximise the car, and it’s a huge reward for us. It’s a day I never will forget for my whole time.”