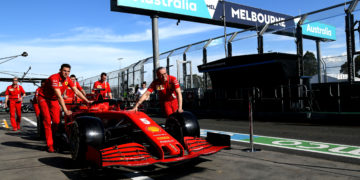 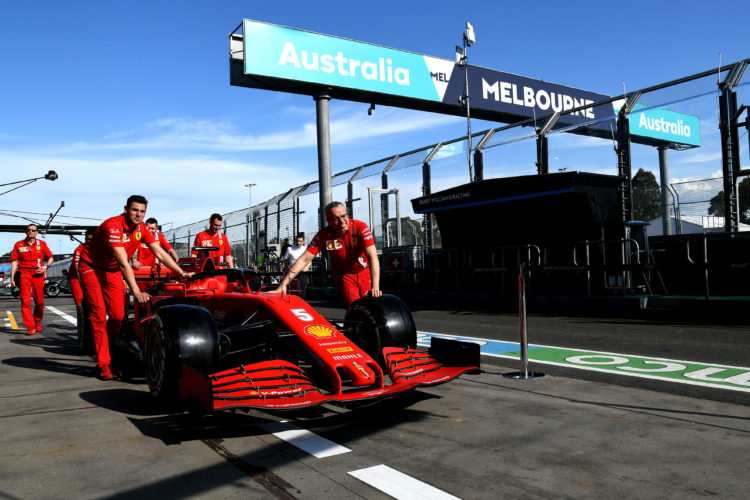 Australian Grand Prix – Several drivers and teams from the Formula 1 paddock have supported the decision to cancel this weekend’s race.

Following on from the confirmed cancellation of the 2020 Australian Grand Prix in light of a confirmed case of COVID-19 within the paddock, Scuderia Ferrari and Mercedes have released statements backing the decision to cancel.

“The safety of all team members is our number one priority, especially as the Covid-19 pandemic continues to evolve rapidly.” continued the Ferrari statement.

“We feel very sorry for the fans who were due to come to Albert Park and support the Formula 1 race with all their usual enthusiasm, as well as all those who would have been watching from around the world.”

Mercedes actually pre-empted the official announcement of cancellation by a few minutes, clarifying that they had taken the decision to withdraw from the event either way. They outlined that they sent a letter to the FIA and Formula 1 requesting the race be cancelled in light of the uncertainty and the already departed McLaren.

“We share the disappointment of the sport’s fans that the Australian Grand Prix cannot go ahead as planned.” said Mercedes. “However, the physical and mental health and wellbeing of our team members and of the wider F1 community are our absolute priority.”

“In light of the force majeure events we are experiencing with regards to the Coronavirus pandemic, we no longer feel the safety of our employees can be guaranteed if we continue to take part in the event.”

“We empathise strongly with the worsening situation in Europe, most especially in Italy, and furthermore we do not feel it would be right to participate in an event where fellow competitors such as McLaren are unable to do so through circumstances beyond their control.”

“Our team will therefore begin pack-up preparations at the circuit this morning.”

The drivers, too, expressed their support of the cancellation. Haas’ Kevin Magnussen said: “Was so pumped to go racing this weekend, but the safety, health and well being of everyone is by far the most important thing and this was the right thing to do. Stay safe everyone and look after each other.”

Can’t remember ever being more excited for a race weekend than this one – but cancelling was absolutely the right call. Eveybody’s safety has to come first. Stay safe people 🙏

No race here in Melbourne. Feels like a big thing for us as we prepared very hard for it BUT actually a very small thing compare to the challenge the world is facing right now. Stay safe everyone and try to fight #Covid_19 as much as you can. 🙏 pic.twitter.com/rHcquFLgNz

Ferrari’s Charles Leclerc said: “We’ll have to wait a bit longer to get back in the car. I was really looking forward to get back behind the wheel for the Australian Grand Prix but this is the best decision, the health of everyone is the priority. Stay safe everyone.”

A statement from the Renault team said: “We are disappointed not to be able to race in front of the passionate Australian fans who have shown such support of our team and Daniel, however the health and safety of our team members and the wider F1 community is of paramount importance.”

“Our thoughts are also with our partner team, McLaren Racing as they deal with a confirmed case of COVID-19.”

Haas said they ‘accepted’ the decision to cancel the Australian Grand Prix, explaining: “The safety and health of everyone involved in the running of the event is paramount, as is that of the thousands of fans who had invested in attending the Australian Grand Prix, and while disappointed not to be able to compete this weekend in Melbourne – and share that passion for Formula 1, Haas F1 Team accepts the subsequent actions taken by the parties concerned in light of the circumstances faced by the global COVID-19 situation.”

Stay safe everyone, and let’s hope this whole COVID-19 situation gets better soon. Shame we can’t race here in Australia, but keeping everybody health & safety is priority. Was really looking forward to start the season, but we will have to wait. Lets hope for better news soon❤️ pic.twitter.com/Shqz41hWPE