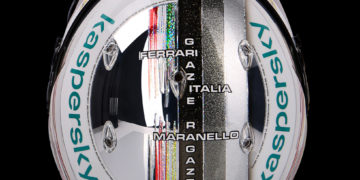 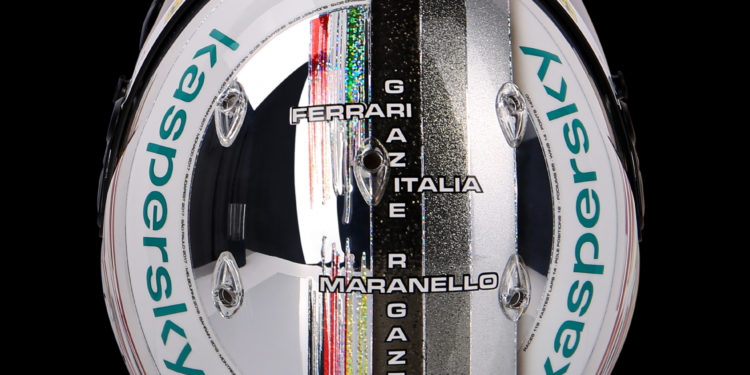 Abu Dhabi Grand Prix – Several drivers, including both Ferrari driver and Romain Grosjean, have unveiled special lid designs ahead of the season finale.

Sebastian Vettel is well known for always tweaking the details on his helmets and this weekend he celebrates his final race for Ferrari with a thank you design. To shine under the lights, Vettel has chosen a chrome base and a good sprinkle of glitter on parts of the design. The top of the helmet features both the Italian and German flags, ‘grazie ragazzi’ and also grazie to ‘Ferrari, Italia, Maranello and Tifosi’.

The message of thanks is encircled by a list of the 14 victories that came during his time with Ferrari, as well as a list of stats, including number of starts, pole positions and points among others.

Ferrari’s other driver, Charles Leclerc, pays tribute to his departing teammate with a look-alike version of the German’s normal helmet. Leclerc replaces the German flag with a Monegasque one, has images of himself and Vettel over their time as teammates within his race number and ‘Danke Seb’ emblazoned on the crown. 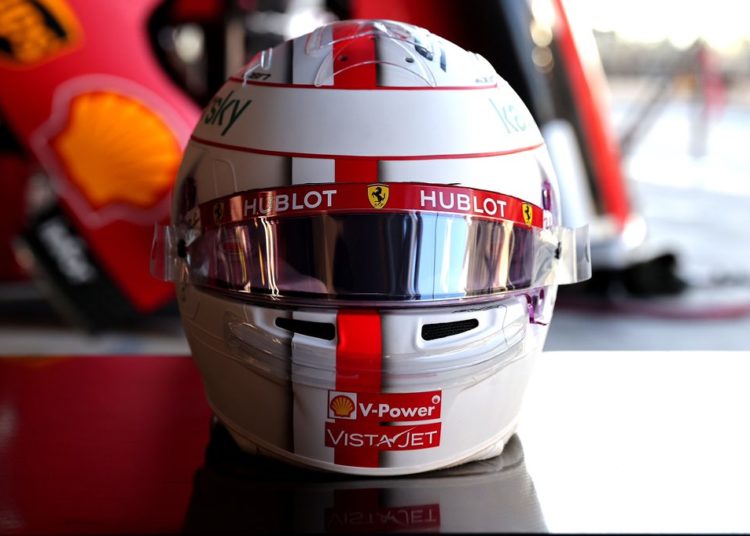 Carlos Sainz is also honouring his team in his design, the Spaniard is heading into his final weekend with McLaren before he replaces Vettel at Ferrari next season. Sainz has an image of the team’s celebrations after his third place in Brazil last season, his first podium with the team and McLaren’s first for over five years. The top sees Sainz’ race number, 55, in a McLaren papaya heart and ‘Thanks’ along with some other quotes are handwritten around the helmet. 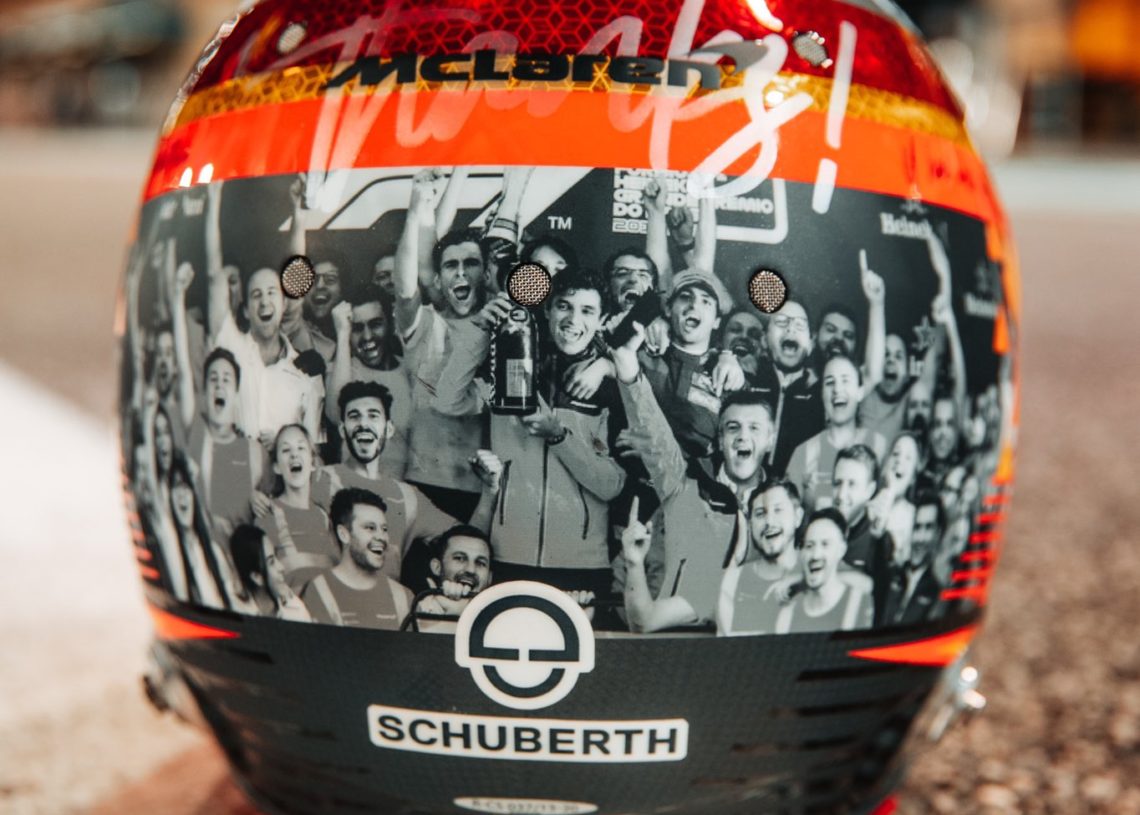 After the Williams family left Formula 1 after the team was bought out, George Russell pays tribute to the legacy of the team’s founder Frank Williams and his daughter, ex-Deputy Team Principal, Claire Williams. Russell has the silhouettes of championship winning Williams cars with their year on top, surrounded by Williams’ stats and ‘Thank you Frank & Claire’. 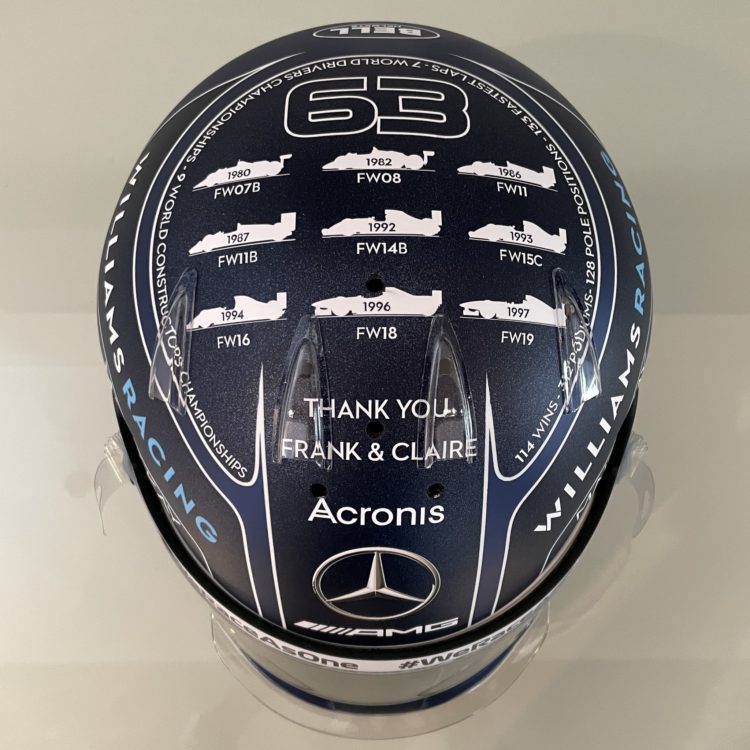 Although he won’t be racing this weekend, Romain Grosjean has revealed the helmet he would have been wearing for his final Grand Prix with Haas, and potentially in F1. The helmet was designed by Grosjean’s three children and the Frenchman is hoping that it will see some track time in future as he says “it’s far too beautiful to stay at home unused!” 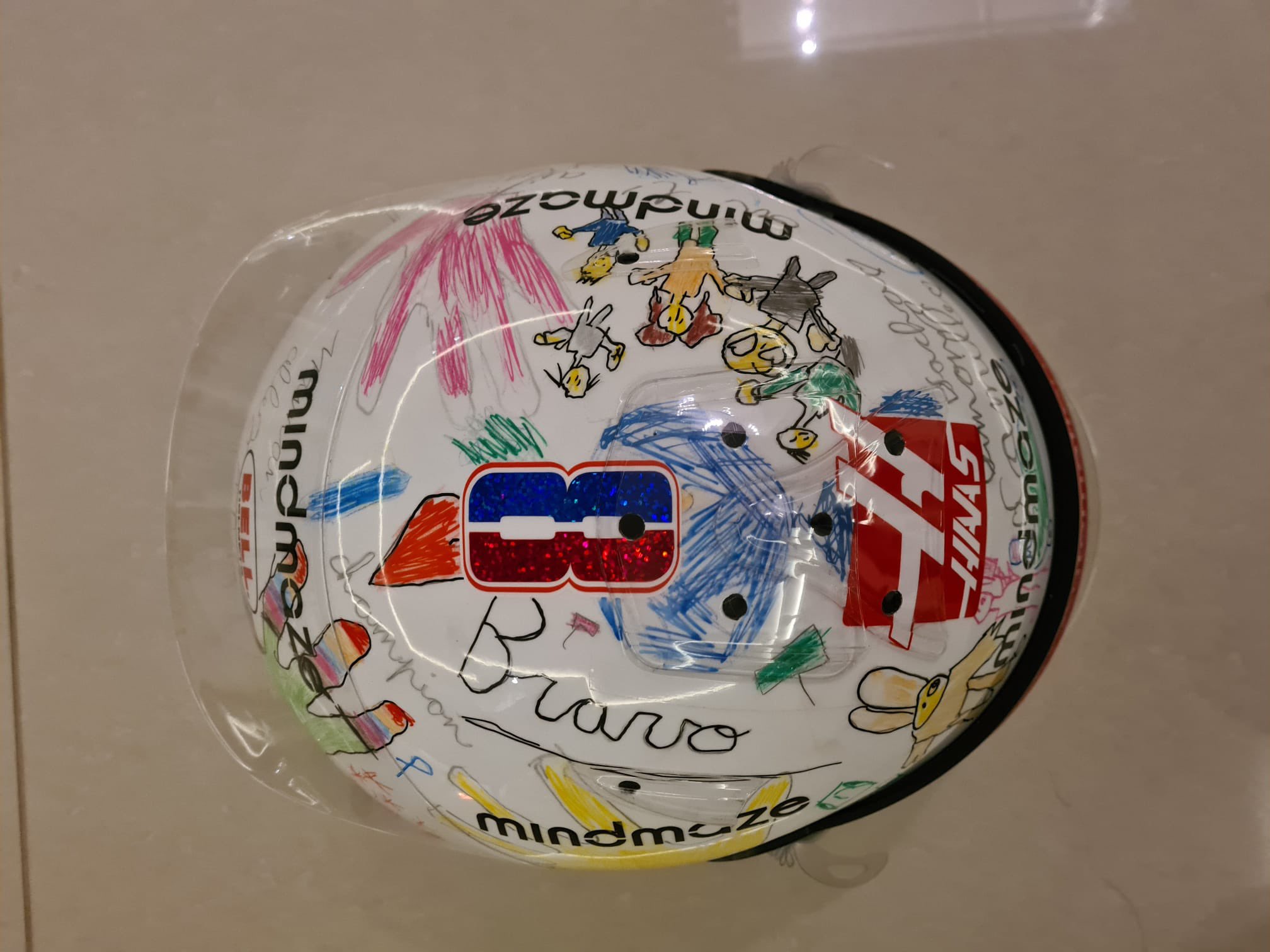 Check out the gallery to see more images of each of the designs.