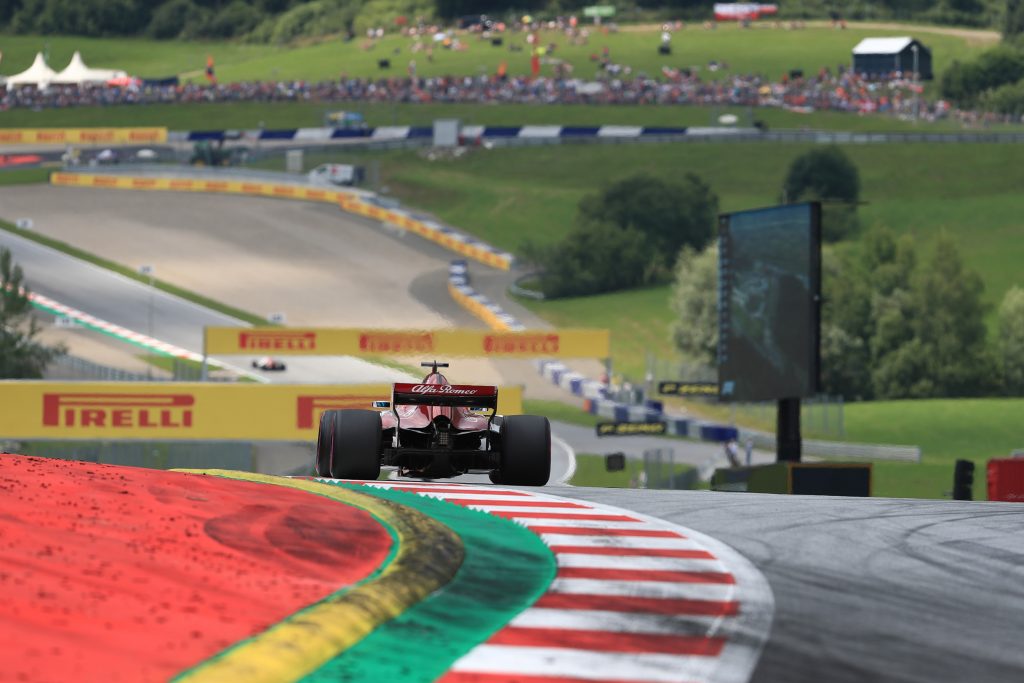 Alfa Romeo’s Marcus Ericsson drove the C38 on Pirelli’s behalf on Tuesday, with the tyre manufacturer concentrating on making the 2020 tyres more versatile.

Following the Austrian Grand Prix at the Red Bull Ring, Alfa Romeo stayed around. The team are conducting a test this week, on behalf of Pirelli, with two days running scheduled for Tuesday and Wednesday. Separate to the official Formula 1 testing where all the teams can take part for their own benefit, there are numerous tests held throughout the year where Pirelli dictate the run programme to assigned teams. This means the team(s) in attendance at any of these tests have to run unmarked compounds unknown to them, as well as run setups used at a previous Grand Prix.

Alfa are the selected team for this week and are running Marcus Ericsson and Antonio Giovinazzi for the two days. Ericsson, who drove for the team between 2014 & 2018 in their Sauber guise, is the team’s official reserve driver as well as competing in IndyCar this season. The Swede took the wheel of the C38 for the first time this year and completed 116 laps of the Austrian circuit to complete the first day for Pirelli.

Speaking about the purpose of the two day’s test, Pirelli’s Mario Isola said the focus is on compounds for 2020 and how to improve their working range: “The main target is to have a wider working window for next year’s compounds. So, both in Austria and after Silverstone we will test new compounds, new philosophy, new types of compounds in order to achieve this target, in order to finalise the new construction for next year – because the current cars are really faster and faster, so that means they are putting more energy into the tyres.”

“We have to cope with this energy and all the modification of the construction is to make them work better, and the compounds to have a wider working range and no issues with the aero map, and no blisters and overheating. Obviously the target is always to reduce overheating because it’s something the tyres don’t like, so I would say the two main targets are keeping that… safety is a target that is always there, we cannot consider a tyre that is not safe for Formula One. The targets are to have a wider working range and less over heating for next year.”