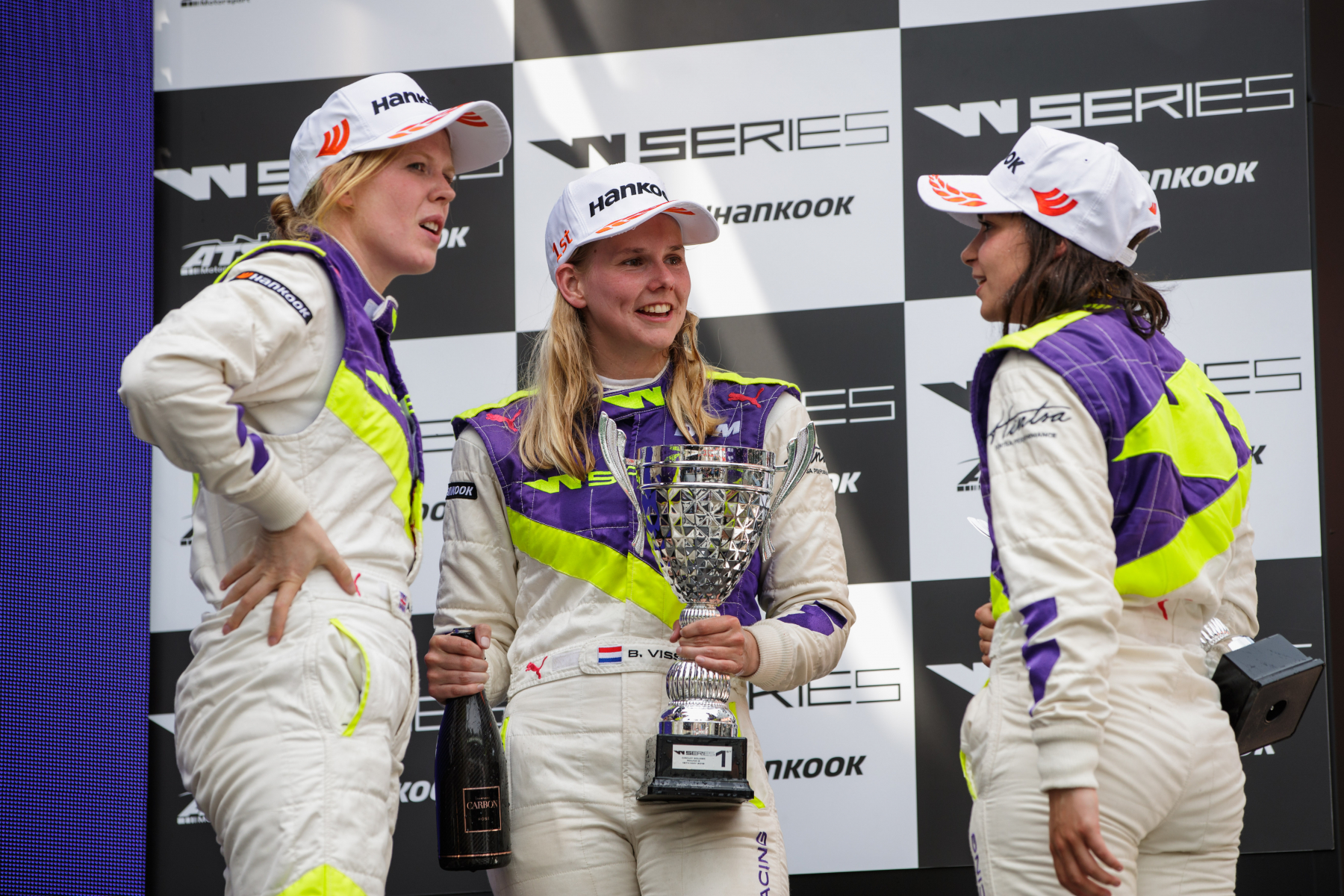 Exclusive – Beitske Visser: “W Series has made me a better racer”

Exclusive – Beitske Visser: “W Series has made me a better racer”

Dutch driver Beitske Visser said she is “very impressed” with the progress W Series has made ahead of its second season.

Visser finished second in the inaugural season and will be looking to challenge Jamie Chadwick for the title over an extended eight-race calendar this time around, which includes Formula 1 support events at Mexico City and Austin.

The 2020 championship kicks off at Igora Drive, Saint Petersburg, on May 30 and the drivers have just completed a four-day training programme in London.

Speaking in an exclusive interview with FormulaSpy, Visser said: “I mean, it’s been a long off-season from W Series, so I’m happy about that start again. We are doing all kinds of stuff like physical training media training. I am very impressed with W Series, I think nobody would have expected this at the end of last season. I think it’s been better than everyone expected. And it’s very cool to race with F1. And, yeah, it’s going to be four new tracks for me this year. So I always like going to new track so I’m excited for this.”

With Autodromo Rodriguez Hermanos, Circuit of the Americas and Monza all added to the calendar, the 24-year-old said the longer schedule would create a better spectacle.

“The new ones, probably COTA,” she said when asked which track she was looking forward to most.

“I mean COTA, Mexico, Russia, Sweden, I’ve never been before so I am really looking forward to all of them. Last year you could not afford a bad result. This year the competition is high so I still can’t afford any bad results, but you have a bit more time to catch up if you have any issues.”

Visser registered one win last year at Zolder in the second race of the season and secured podiums at Misano, Norisring and Brand’s Hatch.

Having come up just 10 points short to eventual winner Jamie Chadwick, Visser is determined to go one step further this time around.

“Winning the title is what I’m definitely aiming for, but it won’t be easy,” she said.

“Jamie, Alice and Emma will be very strong as well. That’s not only that, like we have new drivers also drives from last year, interesting over the winter so I think every team is going to be more tied together. And I have to push but I’m definitely aiming for doing better than last year.”

Prior to entering W Series Visser had mainly driven in GT championships, as well as competing in GP3 and Formula Renault 3.5.

Asked how the series’ has improved her career prospects, Visser responded: “I think it’s been really good. It’s being broadcasted everywhere. Lots of people can see our races and yeah I think we do a good job. So it has just made me a better racer, running a lot and we’ll see where it brings me to the future.”

Adapting from GT cars to single-seaters is a challenge, but Visser said she has enjoyed her return to open-wheel racing.

“I like driving anything with four wheels, two wheels as well probably but I have never tried it. I joined BMW in 2017 and since then I’ve been going to GT cars which is very different from formula cars. So, yeah, it takes a little bit of time to get back into it but I’m in a good rhythm now so I think I am better prepared for this year. I like doing anything to be honest. I grew up with formula cars and that will always be something that I love doing. But I also love doing 24 hour races. If I could just race 52 weekends a year, I’d be very happy.”