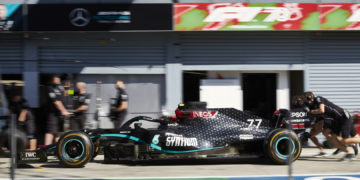 Explained: The engine mode bans that could favour Mercedes

Explained: The engine mode bans that could favour Mercedes 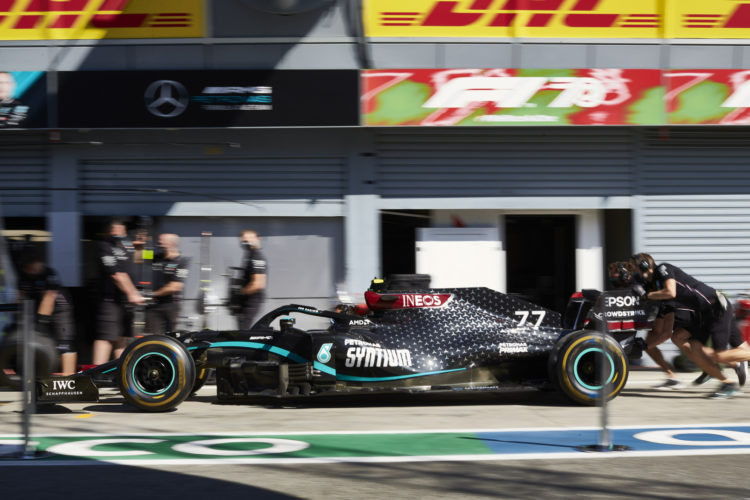 Formula 1 will introduce a ban on the use of different engine modes from this weekend onwards, having initially planned to introduce the ban at last weekend’s Belgian Grand Prix. However, this was pushed out to allow the engine manufacturers a little bit more time to figure out how best to adjust to the rule change and allow for some bench testing at their headquarters.

The ban has been introduced through a technical directive issued to all the teams, with these directives being an addendum to the Technical Regulations. They aren’t publicly available, instead being issued directly to the teams. Several of these directives were issued towards the end of 2019, as the FIA slowly tightened the regulations regarding fuel flow in response to the apparent trickery going on with Ferrari’s power unit.

The FIA want to be able to monitor the energy recovery systems on the engines more efficiently, with the manufacturers obviously able to spot loopholes and grey areas with the hybrid technology better than the governing bodies’ enforcement agencies.

Starting from this weekend, teams must select a single engine mode for use throughout qualifying and the race. This mode must be chosen before qualifying, and this is the maximum mode the car can be run in for the entirety of the remainder of the weekend.

‘Maximum’ is the key word, as drivers can select lower modes if needed. Teams with reliability concerns or any worries at all can tell their drivers to turn down their engines but, even if those worries fade, they cannot turn the engine back up again.

The FIA have spotted the possibility that teams could run an aggressive engine mode in qualifying and at race starts before switching to an ’emergency’ lower mode, which is actually just a normal race mode. Teams must be able to justify why they have made an engine mode change during a race, with the FIA able to decide whether the rules have been broken.

Speaking to Germany’s Motorsport Magazin, Renault’s Remi Taffin explained that there has been numerous different modes selectable while on track, with various parameters adjustable on the engine and ERS systems: “You can change more than one parameter. If you say you have four or five options on a parameter, you might end up with 20 modes. That’s the point the FIA ​​brought up: they have trouble monitoring things because there are so many variables that they asked us to help. That’s fair and that’s what we’re trying to do. We at Renault are trying to help the FIA ​​monitor this. We want fairness for everyone.”

The famous ‘overtake button’ which gives the drivers a bit more power to defend or attack will remain in place, as this isn’t related to an engine mode. This is harvested energy being re-deployed and has a finite amount of usage, as is normal. This energy is deployed by the MGU-K, rather than the internal combustion engine.

The changes are thought to have been brought in to try reining in Mercedes’ huge qualifying advantage. The reigning Champions are thought to have the most extreme power unit qualifying mode, simply thanks to having the most potential to unlock from their power units. To simplify, if Mercedes were running their engines at 90% potential in qualifying and then at 40% in the race, they would have to select a mode somewhere around 65% potential to run throughout qualifying and the race. This would obviously slow them down in qualifying but would have the adverse effect in the race. Mercedes’ Toto Wolff has already warned that their race pace advantage could actually be increased as a result of the changes, as we’ve shown you in the graphs below. 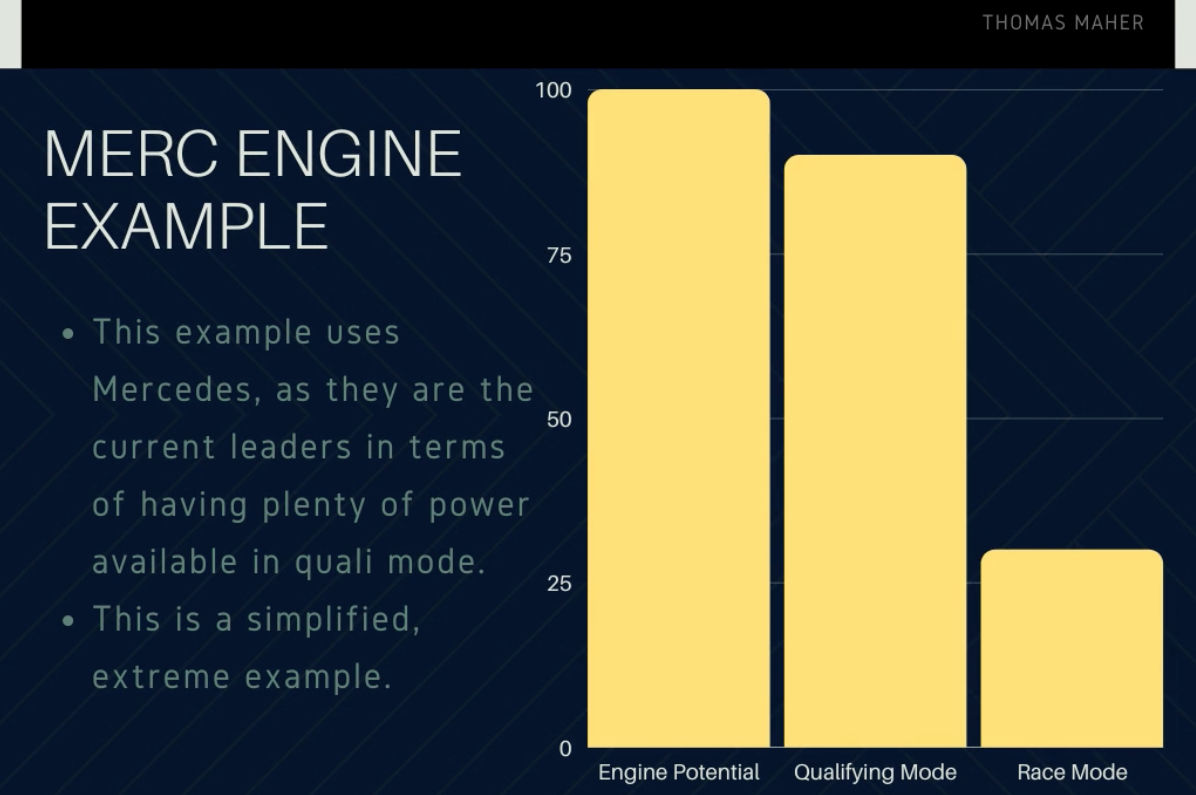 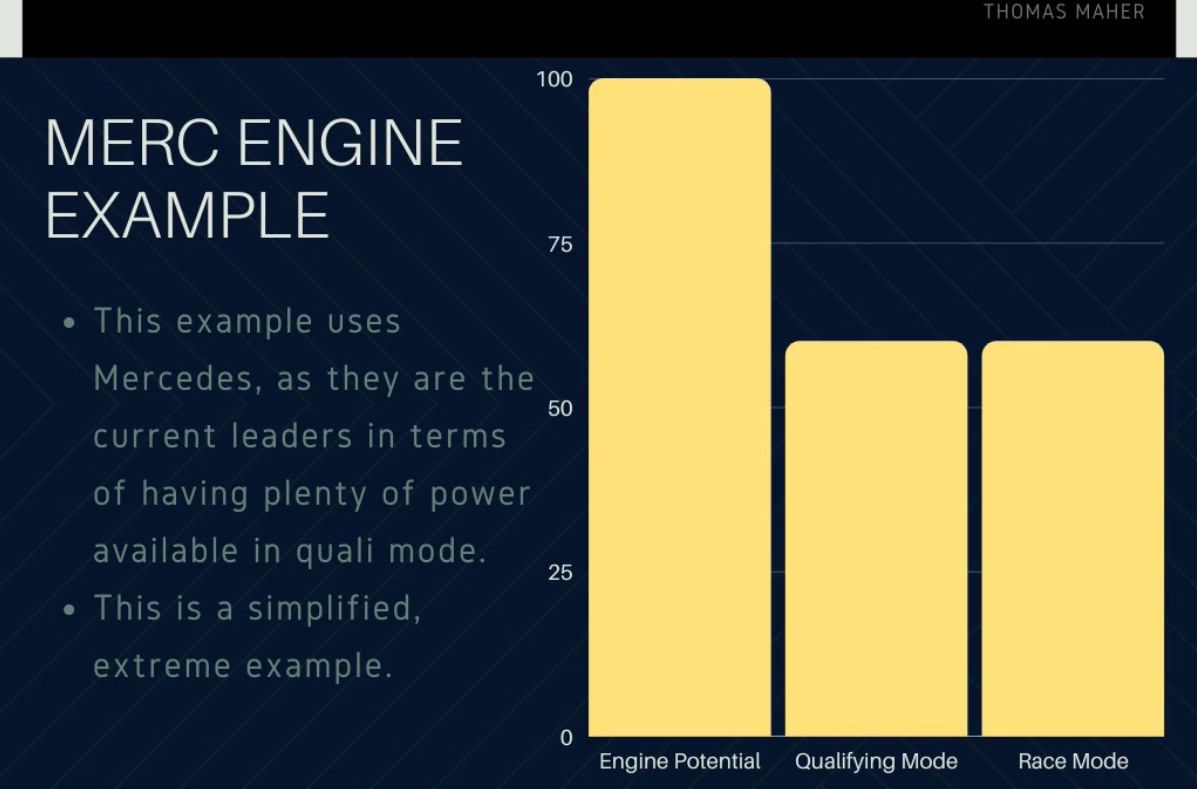 The key to this change is figuring out an engine mode that will allow the teams to run quickly enough in qualifying to retain their speed, without compromising their reliability over the season. Teams can’t just crank their engines up for qualifying any more, before turning them back down to a ‘safe’ level for the races. It’s a whole new variable, with the engine manufacturers now having to scramble to figure out the best possible average for their engine’s potential and stick to it for an entire weekend.