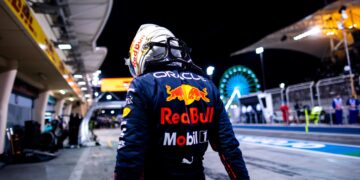 “Extremely painful” end to the season opener for Red Bull

“Extremely painful” end to the season opener for Red Bull 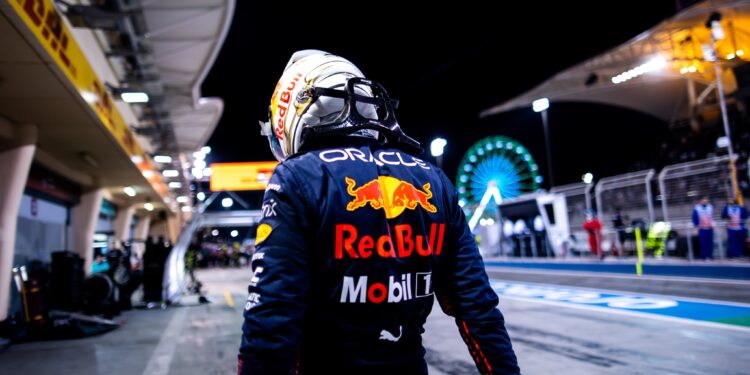 Bahrain Grand Prix – Despite a strong weekend, neither Red Bull car made it to the chequered flag in yesterday’s Grand Prix after problems in the last laps.


With only a handful of laps to go the Red Bulls were running in P2 and P4 and looking to challenge the Ferraris ahead of them but were both hit with what was thought to be problems with their fuel pumps.

Up to that point it hadn’t been the smoothest of races for Max Verstappen who felt he could’ve had a better chance at taking the lead if he had been allowed to run his out laps the way he wanted to, and in the latter stages of the race had also to deal with steering problems.

“The steering issue,” Red Bull Team Principal, Christian Horner, told Sky F1 post-race. “Was when the car got dropped after the final stop. I think it tweaked a track rod, so that’s why it was slightly different left to right.

“It was a brutal finish to that race for us,” Horner continued. “What looked like a decent haul of points suddenly evaporated in the last couple of laps there.

Defending champion, Verstappen, described the race as a whole as “frustrating” due to all the issues during the race, and said that scoring points on the tough days is what’s important to a championship, but to take nothing away from when you have a competitive car is “extremely painful”.

“I think at the end,” Verstappen said. “The biggest problem is that we scored zero points with a competitive car. And of course on the days when you have tiny issues or you’re not entirely happy with the balance, you have to consolidate and score points and what we did today is of course extremely painful.”

“I mean, what happened at the end is obviously very frustrating, but of course before that, there were quite a few issues. First of all the balance was off. I didn’t have the same feeling as on Friday on the long runs, so that was a bit disappointing.

“Nevertheless, second with the issues with the balance would have been a good result but then suddenly my steering was just completely locked and the faster I was going, I could barely steer. So it was not easy on the restart to defend from Carlos.”

Just as the Dutchman had decided that coming away with a podium despite both these problems would be an achievement, he lost power, dropping back behind all his rivals, before retiring the car in the pits.

“I was still in second with that big issue,” Verstappen explained. “So you think, okay, with all these things I’ve had today, second would be a good result. And then suddenly I had to retire, everything just switched off. It looked like a fuel pump or issue, there was no fuel coming to the engine. Of course these things, you don’t want them to happen and it’s very painful for the team as well that both cars retired. We need to look into everything.”

The moment it became a 1-2 for Ferrari…

And it all slipped away for Red Bull 💔#BahrainGP #F1 pic.twitter.com/OmAj2c83Vu

Verstappen’s retirement saw Carlos Sainz move into second, giving Ferrari a 1-2, while also promoting his Red Bull teammate, Sergio Perez, onto the podium. Just as the Dutchman had retired his car however, Perez radioed the team that his RB18 was also losing power. At the start of the final lap the Mexican driver spun at the first corner and was stranded, facing the wrong way, as his engine died.

Despite the disappointment of the weekend, Perez was still able to joke about it afterwards. When asked what happened, he sadly replied that “I made a mistake, I was very unfortunate” before being unable to hold a straight face.

“No, I lost the engine,” he then explained. “Just locked the rears completely and there was nothing I could do. It looks like it’s a very similar problem to what Max had.

“I think in general there are a lot of positives to take but obviously it’s hard to digest this one. I’m definitely disappointed but we are a strong team and it’s a long season ahead of us, we just have to remain working as hard as possible and next weekend is another opportunity.”