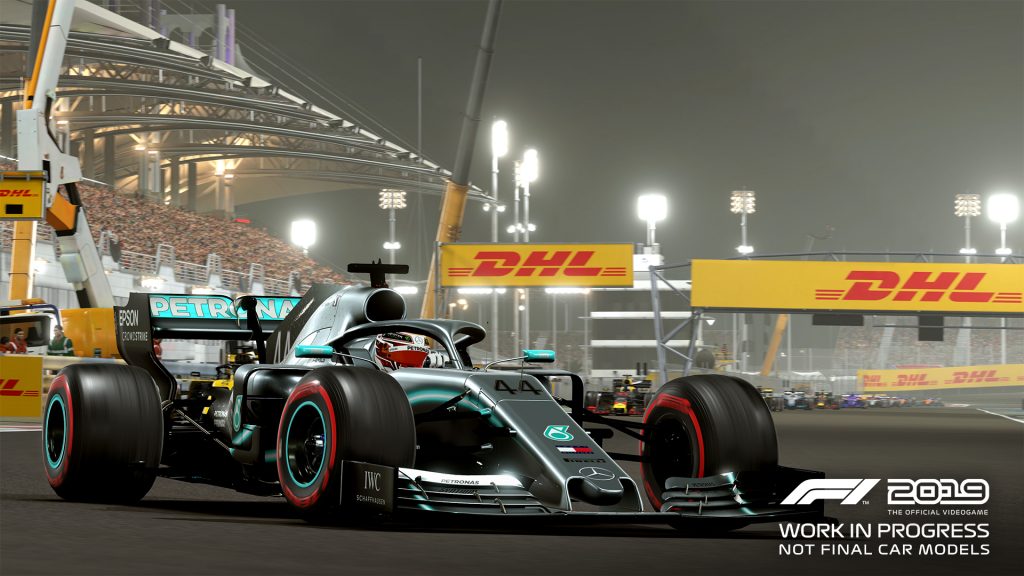 F1 2019 has been under development for two years and sports a plethora of new features.  Here’s our first look preview of the latest offering from Codemasters.

The latest officially licensed F1 game has arrived earlier than ever and contains all the teams, drivers, tracks, and new rules for the 2019 Formula 1 season.  However, there have been several major improvements to many of the games’ mechanics in this years’ release.

One of the main overhauls has been the graphical tweaks to the game.  Whilst not ground-breaking, the effects that they have on the games’ presentation is huge.  The new lighting and shaders allow for stunning vistas, whilst on a night race, the track is bathed in bright white light.  The cars reflect this in a way that makes it difficult to tell TV footage from game.

The rain effect is possibly the best we’ve seen from an F1 game to date.  The spray is kicked up in stunning rooster tails as your visibility is reduced to near zero.  The handling is slightly better in the rain than last years’ game, but you can aquaplane on standing puddles which can catch you out.  There is even a slight foggy effect in the rain.  Whilst racing in Singapore, I could barely see the lights on the giant Ferris wheel, and it was only until I got close that I could finally catch a glimpse of the structure.

Driving an F1 car in F1 2019 feels similar to previous games but there are a few differences.  The cars feel lighter and change direction a little easier than last years’ instalment.  I really felt like I could push the car right out of the box.  That said, there are limits.  If you use too much of the kerb, you lose a lot of grip and have to wrestle the car back onto the racing line.  It’s a fine line, but the game is not too easy by any stretch of the imagination.

The AI drivers feel aggressive enough and will fight each other on track.  This gives you an ideal chance to catch up and make a pass when someone makes a mistake, which they can do.  The AI cars also feel fairly competitive.  At level 100 I managed to keep my McLaren in a solid P8, and felt under pressure at the end from a Renault that had pitted for fresher tyres. 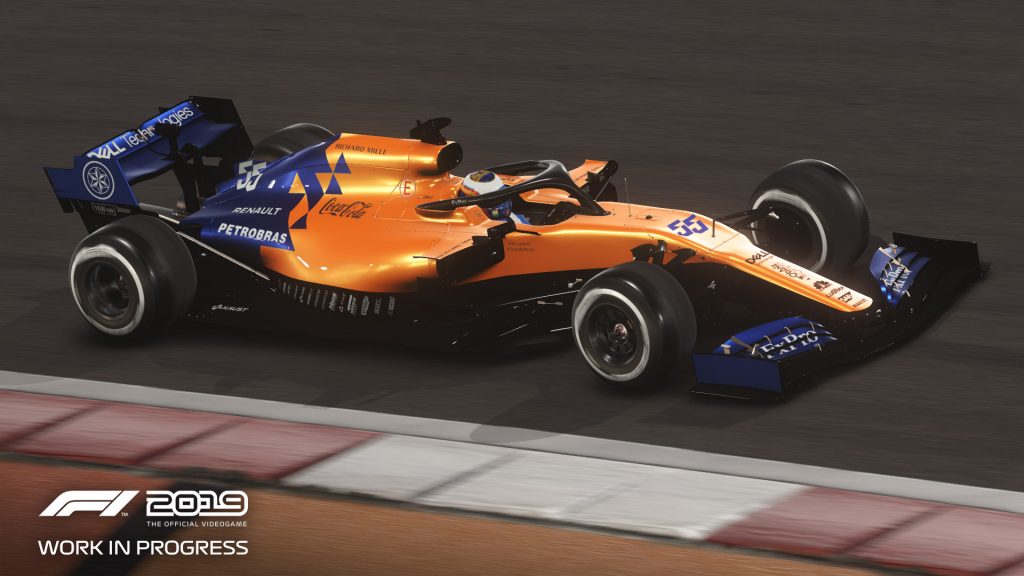 The game now features F2 which acts as a feeder series into the career mode.  Each driver and team from the series’ 2018 season has been carefully replicated featuring current F1 drivers Lando Norris, George Russel, and Alexander Albon in their respective teams.  The 2019 grid will be added as a free update at a later date.

You can play F2 as a championship on its own with all the rules and regulations of the series.  In career mode, the series is played out as some scenarios.

For example, after comfortably leading, my turbo failed with just four laps to go and I had to limp home.  The team also ordered me to pull over and let my chasing teammate go for the win.  You can either follow your orders or try to defend your position, and whatever you do triggers different reactions from your team.

At the end of the race you’re introduced to the two fictional drivers, Lukas Weber and Devon Butler.  Weber is your teammate whilst Butler is your cocky rival.  You’re presented with cutscenes which differ based on how you performed in the previous race.  So, if you didn’t let your teammate past, then Weber gets angry with you whilst Butler gloats.

The press interviews have also been improved.  Your questions will be more varied, and you’ll be asked to comment on your rivals.  They will also be interviewed about you and you’ll get to see press clippings of their replies.

The most staggering aspect of career mode is that the current drivers are now able to transfer to different teams.  So, you may be able to see Lewis Hamilton drive for Ferrari in the game, or Sebastian Vettel return to Reb Bull.  The game will also introduce young up-and-coming drivers to the field to challenge the more experienced.

The multiplayer aspect of the game has had a total revamp.

Now you can customise your online appearance further by selecting a suit and gloves.  The helmet design system has also been fully overhauled which allows for less static and samey designs.

The game also features a generic multiplayer car which was designed by Ross Brawn and Pat Symonds at F1.  This car can be given its own livery and tweaked with fake sponsors in a feature that’s been a mainstay of Codemasters’ driving games for years.  You can race with this car, or of course choose one of the F1 or classic cars. Unfortunately the possibility of using F2 cars has not been added as of yet. 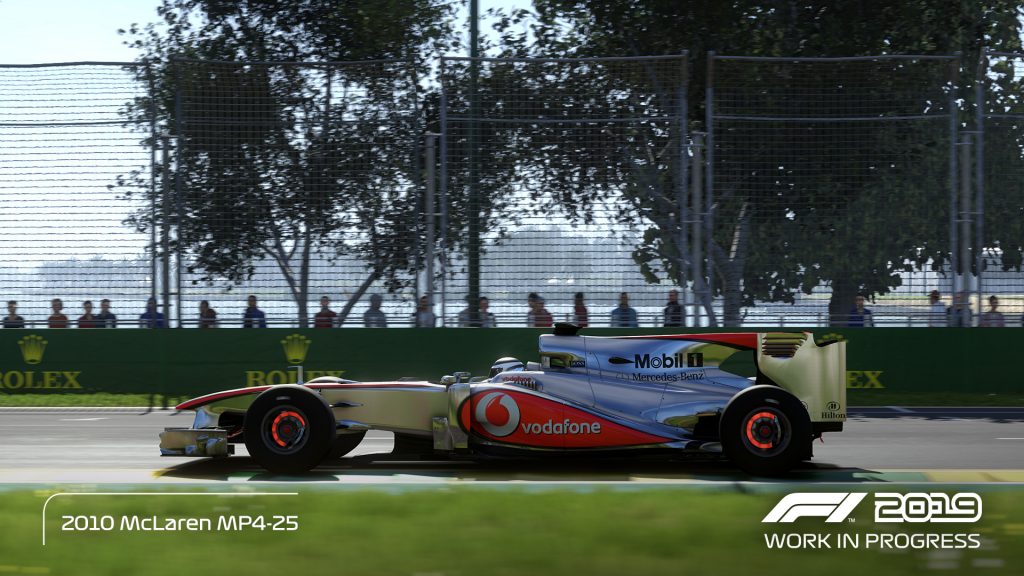 For the first time, leagues have been added to the game.  These leagues can be online championships where you and a bunch of friends, or total strangers, can play a full season together.  You can create or own league with its own set of rules, or you can join existing leagues.

There are also a new set of weekly events in multiplayer.  These give you the change to earn in-game prizes and change regularly.  They can be anything from a Grand Prix to a situational featured event.

As we had limited time with F1 2019 a full review will be published at a later date.